While the United States is debating whether there will be a recession or not, the euro has fallen to a 20-year low against the US dollar. An energy crisis could trigger a recession in the eurozone much faster than in the US, and Russia's gas shutdown is fraught with the currency bloc's members fighting among themselves. The risks of the collapse of the community are growing by leaps and bounds, and with them, the very idea of the existence of a euro, is being seriously questioned.

When prices for blue fuel in the euro area soar by 700% since the beginning of 2021, you begin to understand that it is not only a weapon of geopolitical struggle, but also an analogue of oil in the 1970s. Current events are often compared with those that took place half a century ago. Then the main driver of inflation acceleration was oil, now it is gas. The dependence of the eurozone countries on it is so great that the entire economy of the currency bloc was in danger of destruction. 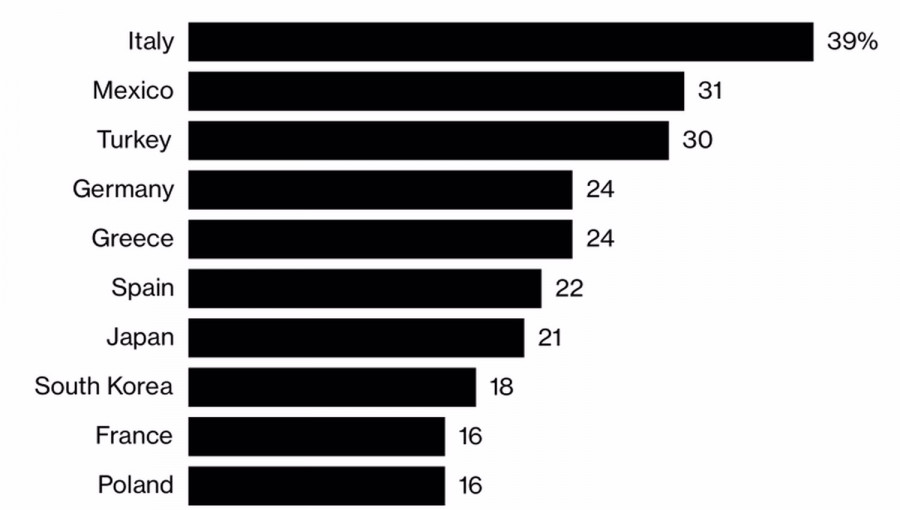 Once Germany starts to develop an emergency rescue plan, what will the weaker countries do? They will squabble over access to reserves, threatening to leave the eurozone, which makes them fearful about the future of the community and the regional currency.

The fact that a recession is able to come to Europe earlier than to the US, says the words of German Economy Minister Robert Habeck. In his opinion, the rescue of the gas giant Uniper SE, which is negotiating with the government on a €9 billion bailout package, and Lehman Brothers, which provoked the economic crisis of 2007–2008, have a lot in common. The economy can collapse like a house of cards, and this is certainly a strong argument in favor of selling EURUSD. 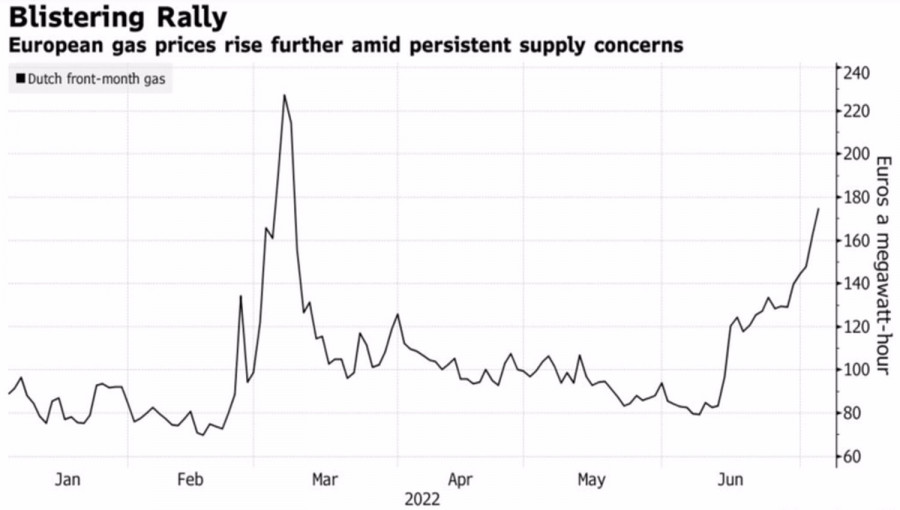 Another reason to get rid of the euro is the extremely clumsy central bank. While the Fed has already raised rates by 150 bps and intends to add another 75 bps in July, the ECB starts very slowly. At the same time, increased risks of a downturn in the eurozone economy and fragmentation of the debt market are forcing derivatives to reduce expectations of the future value of the deposit rate. This year it is expected to grow by 140 bps compared to 190 bps three weeks ago. European borrowing costs by the end of 2022 will be 1%, and American 3.5%. Why not a reason to sell EURUSD? 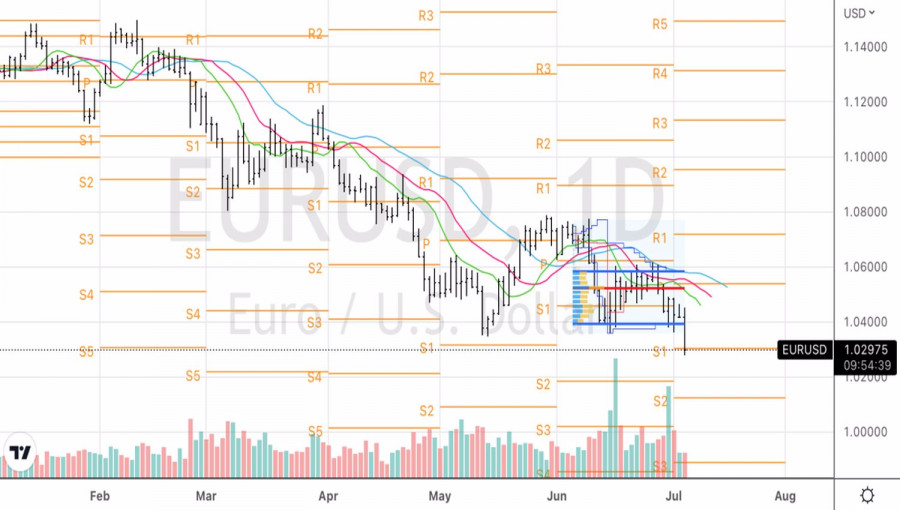 Now the issue of parity in the main currency pair is a matter of time. According to Bloomberg's options pricing model, the odds that the euro will be worth one US dollar by the end of the year jumped from 46% to 60% in just 24 hours.

Technically, there is no reason to doubt the strength of the EURUSD downward trend. The pair's inability to cling to the 1.03 pivot level on the daily chart is a sign of bullish weakness. The recommendation is to sell the euro against the US dollar on any pullbacks. The level of 1.02 announced in my previous materials should be used as a target for the downward movement. Its achievement will open the door to a movement towards parity.