After an unsuccessful attempt to overcome technical support at 1.0150 on Wednesday, and the price jumped 77 points on Thursday in order to turn around from the MACD line, having received an impulse push from resistance, to make a subsequent attempt to a solid level of 1.0150. The Marlin Oscillator also did not have enough strength to overcome the zero line on the first attempt, after which it slightly rose and is now turning to a new attack. 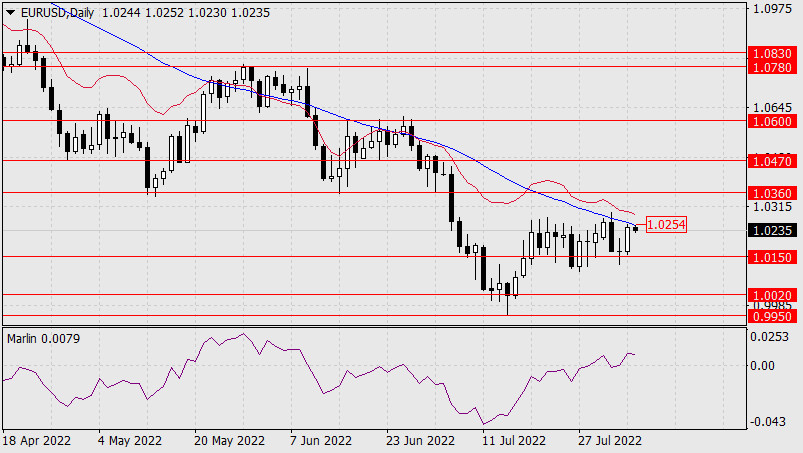 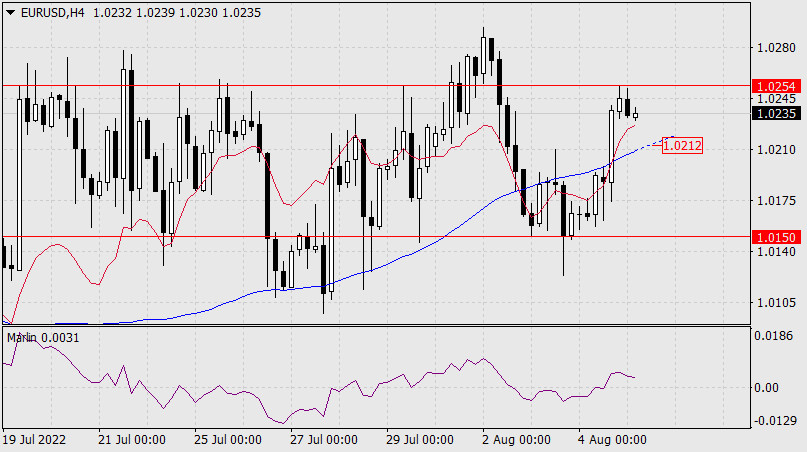 The price is formally in an upward position on the four-hour chart, as there is an increase above both indicator lines and Marlin in the upward trend territory, but based on the logic of the daily timeframe, we are waiting for the price to drop below the MACD line, below 1.0212, which will start the development of an attack on technical support for the daily timeframe. At the time of the price transition below 1.0212, the Marlin Oscillator will move into the downward trend zone. Consolidating above 1.0254 will prolong the euro's corrective growth.