A month of terrible shocks and record falls is gradually moving away from Bitcoin. The asset is steadily consolidating in the range of $19k–$20k and even showing local growth signals. The cryptocurrency managed to gain a foothold above $20k after a local period of increased selling pressure. Nevertheless, there is no need to talk about a full-fledged upward movement, since the buying volumes, as well as the investment attractiveness of Bitcoin, are at a low level.

At the same time, the main metrics that reflected the mood of investors and indicated a likely reversal are at the very bottom. The fear and greed index has recovered to the level of 19 and may soon leave the range of extreme fear. In the current situation, this means a decrease in the pressure of negative fundamental factors, rather than the desire of investors to push the price up. However, the fear and greed index also shows that the situation on the market has stabilized, negative macroeconomic factors persist, but do not actively affect the market.

Bitcoin has been trading below its 200-week average for over a week, which is a record period for which the asset has been below this indicator. But as of July 5, the asset made a local upward spurt and approached the metric, gaining a foothold above $20k. Thus, the coin again approached the 200w MA level. This is a positive signal that indicates the importance of this level, as well as gradually growing buying sentiment.

Most on-chain metrics also indicated that Bitcoin was approaching the local bottom, which should have led to a gradual recovery in quotes. A local positive appeared in the investment sector, where after a record outflow of $423 million from BTC, capital gains are observed. However, it is important to understand that most of the investments were in Bitcoin-based short products. Initially, it may seem that this is a negative signal, indicating the presence of bearish sentiment. This is partly true, and therefore it is likely to expect the emergence of a local downward trend. 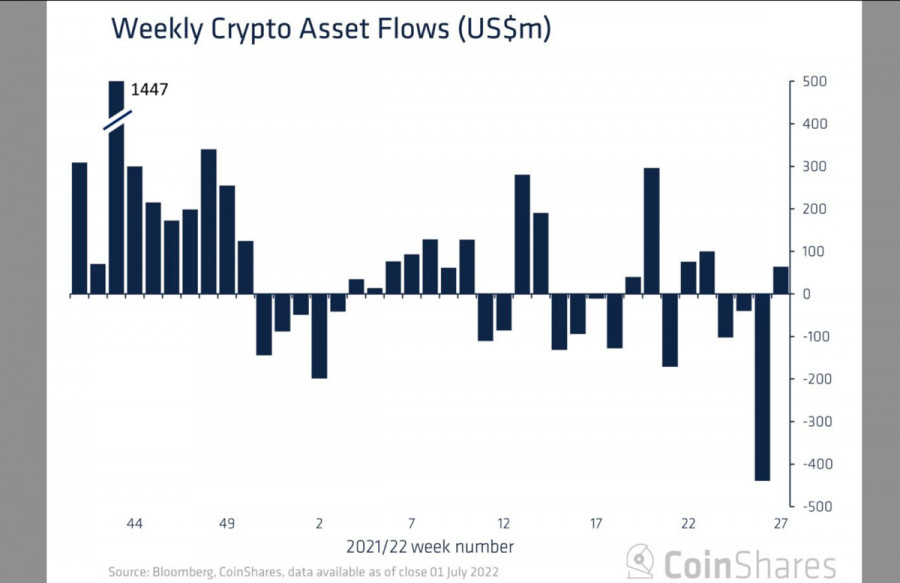 However, if we look back to November 2021, when the SEC approved the Bitcoin futures ETF, we realize that a short fund facilitates the accumulation of large volumes of short positions in a short period of time. Given the complicated access to liquidity, as well as the love of market makers for market manipulation, we can expect an overheating of such instruments, which will subsequently serve as fuel for the upward movement of the cryptocurrency. A similar situation occurred in November, when the volume of futures trading led to the overheating of the market and the emergence of a downward movement. 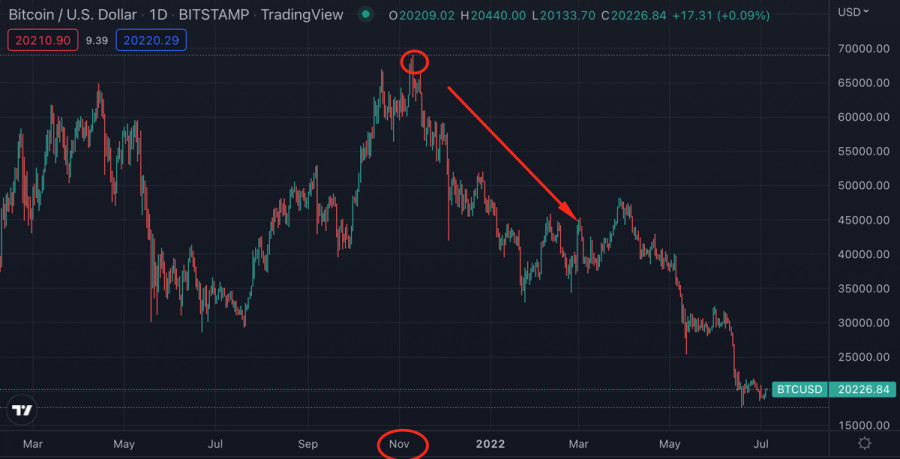 In the summer of 2022, we witnessed a liquidity crisis, and therefore there is no doubt that an excessive focus on the decline of Bitcoin will lead to the opposite effect. At the same time, we see that the market is optimistic, which is reflected in the growth of open longs. This indicates the formation of a local divergence. Investment flows go into short products, while the price shows growth, and long volumes grow. It is likely that the consolidation of BTC above the psychological level of $20k had a positive impact on investor sentiment. 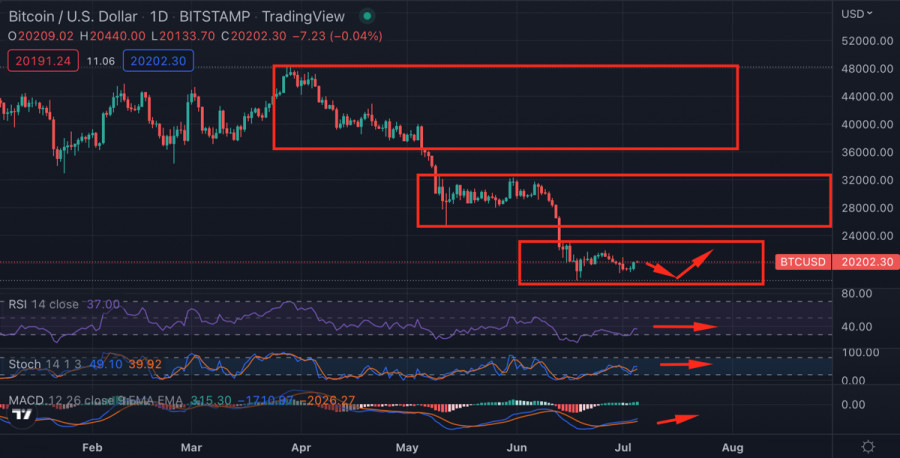 With this in mind, one should not expect a steady rise in Bitcoin in the coming weeks. The asset will continue to consolidate, gradually declining and recovering within the $19k–$21k range. However, it is important to remember that in the medium term, investing in short BTC products will lead to a gradual overheating of the market and subsequent upward movement. Judging by the analogy with November 2021, before the price reversal, Bitcoin will update the local bottom. With other options, the volume of short positions will be insufficient, and the upward potential will be limited.