Euro tested 0.9953 at the time when the MACD was just starting to move above zero, which was a good signal to buy. It led to a price increase of more than 60 pips, which was followed by a test on 1.0014. Sell-offs around this level then brought a 20-pip correction. No other signals appeared for the rest of the day. 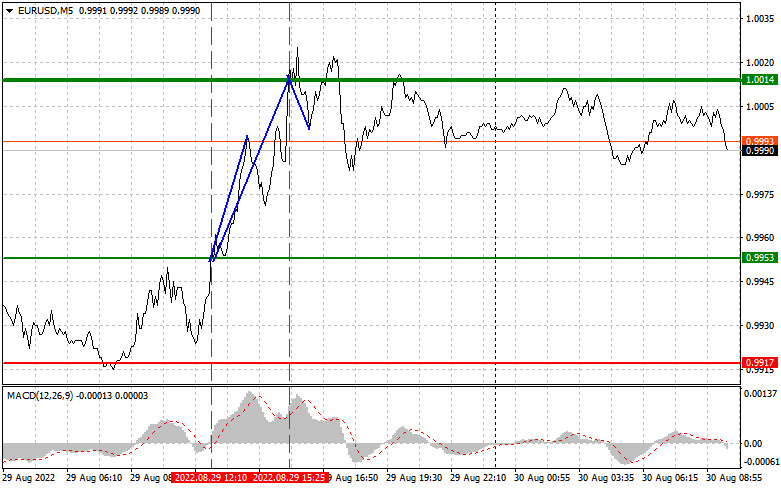 The speech of ECB board member Philip Lane did little to help the euro. Rather, the growth was caused by market manipulations, as well as on the attempt of large players to control everything that is below parity. Last week's lows were also not updated, which can guarantee euro buyers a chance of success.

Today, a report on consumer confidence in the euro area will be released, followed by the data on Germany's consumer price index. A rise in inflation will not come as a surprise, so euro is unlikely to fall so much. In the afternoon, the US will publish a report on consumer confidence, where its growth will bring down risk appetite. Speeches of FOMC members Thomas Barkin and John Williams will also be in favor of dollar, which will lead to a downward correction in EUR/USD.

Buy euro when the quote reaches 1.0008 (green line on the chart) and take profit at the price of 1.0055. There is little chance for a rally, especially as the pair approaches the upper levels of the sideways channel around 1.0075. However, strong statistics for the Euro area may help buyers.

Sell euro when the quote reaches 0.9974 (red line on the chart) and take profit at the price of 0.9916. Pressure will return if sellers were able to bring the pair back below parity. 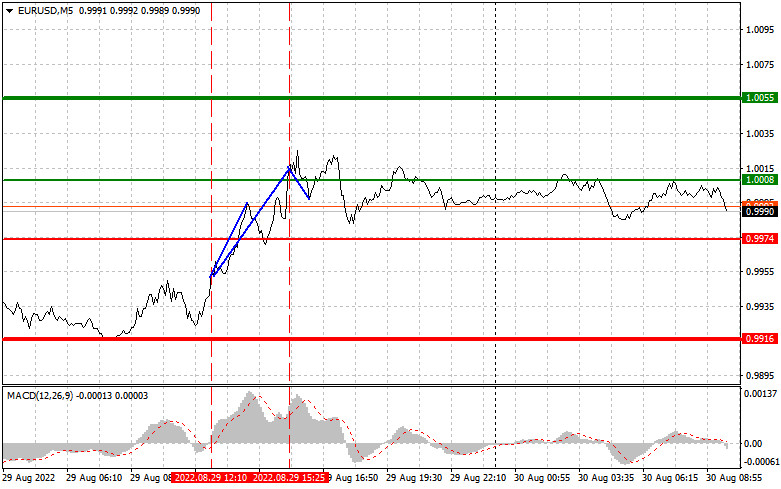