ফরেক্স বিশ্লেষণ এবং পর্যালোচনা: EUR/USD. As long as the dollar remains strong, the euro is unlikely to grow wings 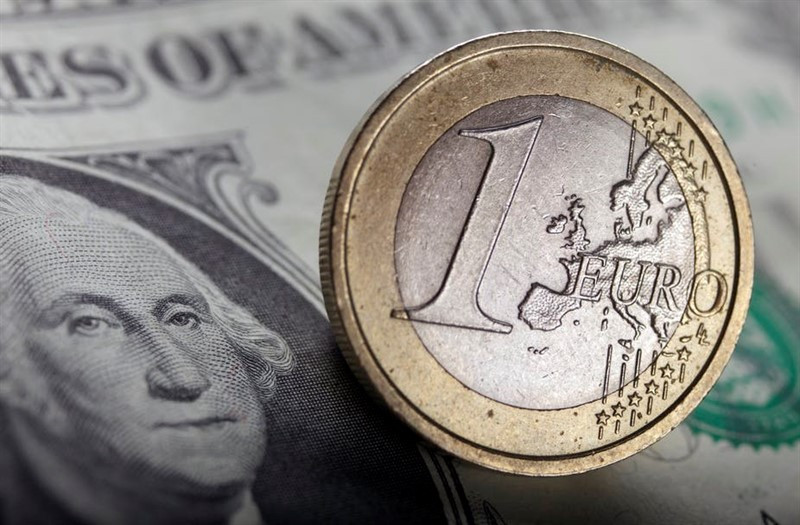 Global markets have been struggling this week to find a clear direction after a turbulent third quarter.

Many experts expect high market volatility to continue in the last three months of this year.

"There are so many tensions and crises right now, all happening at the same time. This contributes to the growth of volatility in the markets and increases the uncertainty," ING specialists said.

The dollar first fell against most major currencies at the beginning of the week, but then quickly regained lost ground.

Meanwhile, Wall Street's key indicators turned down as early as Wednesday after strong gains on Monday and Tuesday.

Few investors expect volatility to subside until there are clear signs that the Federal Reserve is gaining the upper hand in its fight against inflation.

The time-tested indicator suggests that the US stock market has not yet bottomed out, Bank of America strategists say.

The numerical value of this indicator is calculated using a fairly simple formula: the consumer inflation rate in the United States is subtracted from the moving price-earnings multiple of the S&P 500 index.

According to Bank of America, since the 1950s, the US stock market has always formed a stable "bottom" no earlier than this indicator fell below 20 points.

This year, the indicator fell from the area of 35 points to only 25.8 points, which is quite far from the required value.

Thus, to achieve it, either a radical reduction in inflation is necessary, or a further fall in the US stock market, as a result of which the sliding price/earnings multiplier will also noticeably decrease, according to Bank of America.

"The market is slowly listening to messages from the Fed. There is a possibility that the central bank will push the economy into recession with further rate hikes in order to reduce inflation. We don't think the markets have fully grasped that," Glenmede analysts said.

The US economy is in a moderate recession, they said, but during an average recession corporate earnings are down 15%, suggesting the market could drop even more. 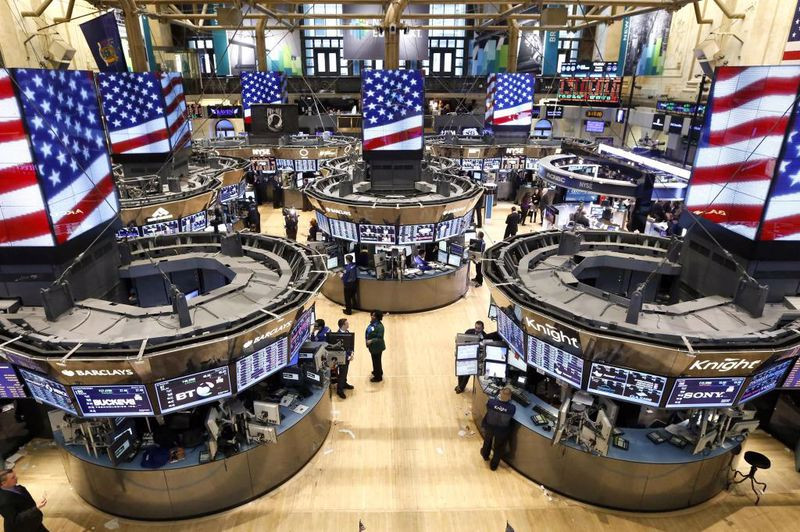 S&P 500 companies' profits are forecast to rise 4.5% year-over-year in the third quarter. This is below the 11.1% growth expected in early July.

A larger-than-expected profit cut could further complicate the picture for US equities, experts warn.

Bank of America estimates that further USD strength will cut S&P 500 earnings by 5% to 6%, compared with a 2% drop last quarter.

Although the greenback has retreated about 2% from last week's two-decade high, the vast majority of analysts polled recently by Reuters believe the greenback is still some distance from the inflection point.

UBS Global Wealth Management believes that the Fed's hawkish stance, relatively strong US economy and weak growth in Europe will keep the dollar high for a while.

"We think it's too early to talk about a Fed hawkish peak or a USD high," they said.

"We don't see the strong dollar disappearing from the radar anytime soon. The strength of the greenback continues to serve as a headwind for stocks," analysts at Morgan Stanley said in a note.

On Thursday, the dollar found demand as a safe haven amid a sagging US stock market and continued to outperform its competitors.

The greenback rose more than 1% and finished in the region of 112.20 points, recovering about 2% from almost two weeks low of 110.05, recorded on Tuesday.

Meanwhile, the stock market ended Thursday trading in the red zone for the second consecutive day due to statements by the Fed, who broke the hopes of traders that the US central bank will slow down the pace of monetary tightening.

The report of the US Department of Labor published on Thursday, which showed the highest growth in the number of applications for unemployment benefits in the country last week since June, provided only short-term support to the stock market. 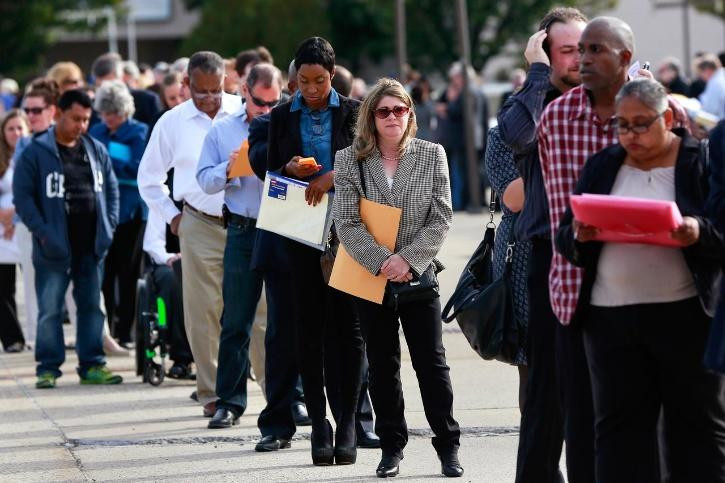 The number of Americans who applied for unemployment benefits for the first time increased by 29,000 and amounted to 219,000 people. Experts on average expected an increase in the indicator to 204,000.

This report was perceived by investors as a signal of a cooling in the labor market, which may contain further tightening of the Fed's policy.

However, the subsequent comments of the Fed representatives convinced traders that the US central bank would not stop in the near future.

"It is too early for the Fed to think about a pause in the cycle of raising the base interest rate, since inflation in the US has not yet peaked. We see little evidence that core inflation is slowing down," said Minneapolis Fed chief Neil Kashkari.

Member of the Fed Board of Governors, Lisa Cook, in turn, said that inflation in the United States was more stable than expected.

This, she says, is a strong case for the Fed to raise the rate to a level that limits economic activity and keep it at that level until the central bank is confident that inflation is firmly on track to the 2% target.

"While containing inflation will bring some pain, failure to restore price stability will make that recovery much more difficult and much more painful in the future," Cook said.

On Friday, a risk-off market environment helped the greenback hold its ground against its major counterparts.

Wall Street's key indicators were trading in negative territory on Friday. In particular, the S&P 500 was losing about 2%.

Although the greenback has retreated from last month's interim high near 114.80, technical factors suggest that the upward momentum continues and a rebound towards a 20-year high at 114.80 is again on the horizon, analysts at Societe Generale said.

"The daily RSI is still in bullish territory, indicating that the upward momentum is dominating. A rebound towards 113.60 and a 20-year high near 114.80 are not ruled out. Only if the 110.00-109.30 support zone is breached will there be a risk of a deeper pullback. In this scenario, the next target for the bears would be the September low at 107.60," they said.

Support for the dollar and pressure on stocks on Friday came from data published in the US, which pointed to continued tension in the labor market, which gives the Fed more room to stick to large-scale interest rate hikes.

"Friday's data is unlikely to give the Fed any cause for concern. Momentum has eased a bit, but the labor market remains tight enough for the Fed to stick to its plan for further significant rate hikes. Therefore, there is no reason to trade the USD weaker, given that there are currently no real alternatives to the dollar," Commerzbank economists said.

"September consumer price data is due next week. Unless there is improvement on the price front, the Fed is likely to stick to its hawkish stance. Against this background, the US dollar is likely to maintain support for now," they added.

At the same time, bank strategists see the risk of further weakening of the euro. They indicate that the energy crisis as a factor of uncertainty will continue to put pressure on the single currency.

Meanwhile, monetary policy is unlikely to provide any support to the euro in the coming weeks, as a 75 bps rate hike is more or less a foregone conclusion at the next European Central Bank meeting, according to Commerzbank. 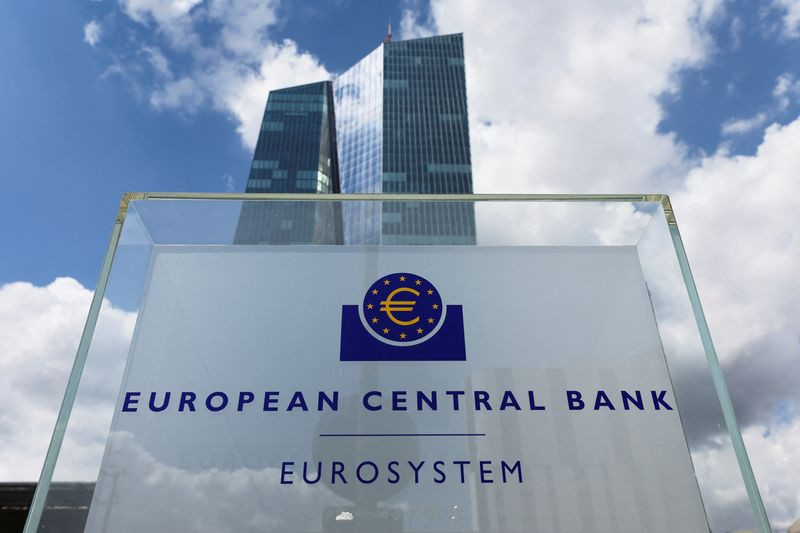 The minutes from the September meeting of the European Central Bank showed that the vast majority of members of the Board of Governors are concerned that high inflation in the region may gain a foothold. It is assumed that this will force the central bank to raise rates very aggressively, even at the expense of negative economic growth.

ECB President Christine Lagarde said that the financial institution will continue to raise rates, at least until they reach the so-called neutral level. Although there is no generally accepted estimate of the nominal neutral rate, economists estimate it to be in the range of 1.5% to 2%, suggesting that the ECB could get it by the end of the year.

"The risk is most likely that the ECB will be more cautious than the market expects. In this case, the euro is likely to come under pressure. While we do not expect such a scenario, the market is likely to take this risk into account when valuing the euro," Commerzbank strategists said.

The ECB is unlikely to live up to median rate hike expectations. In addition, the slowdown in global demand will put pressure on growth in the region, putting pressure on the euro in the fourth quarter, CIBC specialists believe.

"The ECB appears to be aiming to bring the deposit rate up to 2.00% by the end of the year. Aggregate tightening by 125 bps will leave rate spreads still largely in favor of the US," they said.

Analysts at the National Bank of Canada believe that the ECB will continue to lag behind the Fed in terms of policy tightening. Therefore, they expect the euro to remain under pressure.

"The ECB is still lagging behind the Fed in tightening policy and may be limited in action as the euro area braces for a recession. We expect the single currency to remain weak until it becomes clear that the Fed will start easing monetary policy. Thus, the euro may only see limited growth in mid-2023," they said.

Ahead of the release of key data on employment in the US, the EUR/USD pair was trading in a narrow range, changing within 30 points. On Thursday, it lost about 100 points and finished trading near 0.9790.

The pair again found itself under bearish pressure and fell to 0.9750 after data on the US labor market raised concerns that the Fed would sharply raise the discount rate.

"The strong US employment report serves as a reminder of why the dollar remains best in class," TD Securities analysts said.

"The US labor market remained tense in September, showing that the Fed still has more work to do to achieve its goal of cooling the overheated economy," CIBC specialists noted.