Forex Analysis & Reviews: The music did not play for long, the yen danced for a short time 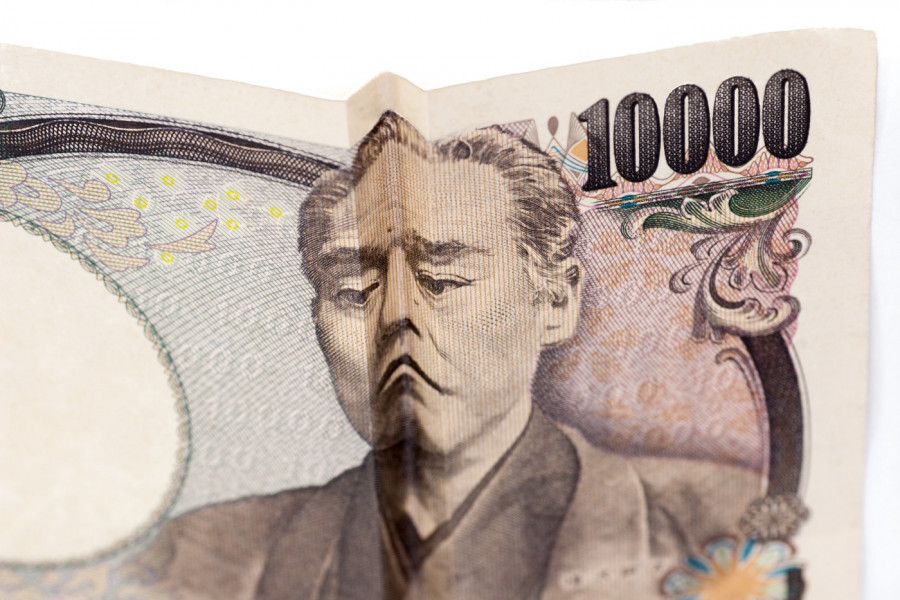 The dollar is getting up from its knees after a crushing fall on Wednesday. The yen is currently feeling the greatest pressure from the greenback, which showed the strongest growth on the US inflation data the day before.

The market freaked out

By the end of the week, investors continue to digest the July statistics on US inflation. Recall that the data turned out to be cooler than forecasts, which caused a large-scale sell-off of the dollar.

Last month, annual inflation in the US fell from the previous value of 9.1% to 8.5%, although economists had expected the CPI to fall to 8.7%.

A significant easing of inflationary pressures has increased fears that the Federal Reserve may reduce the degree of its aggressiveness with respect to interest rates already at the September meeting.

The reaction of the market was lightning-fast and very emotional: the yield of US government bonds fell sharply, followed by a plunge in the dollar. The DXY index sank 1.5% to a low of 104.646 on Wednesday.

The dollar's weakness provided support to all major currencies, but the yen gained the most in this situation. The yen soared by more than 1.6% against its US counterpart, to a mark of 135.

The dollar is gaining momentum

After a loud fall on Wednesday, the yield of 10-year US government bonds turned towards growth yesterday. It rose by 3.41% during the day and reached a new high of 2.902%.

The sharp increase in the indicator again widened the gap between the yields of US treasury bonds and their Japanese counterparts.

The yen, which is very sensitive to this difference, could not resist the pressure and moved to decline.

The USD/JPY pair managed to recover by 0.12% to 133.19 on Thursday. It was also supported by the general strengthening of the dollar. 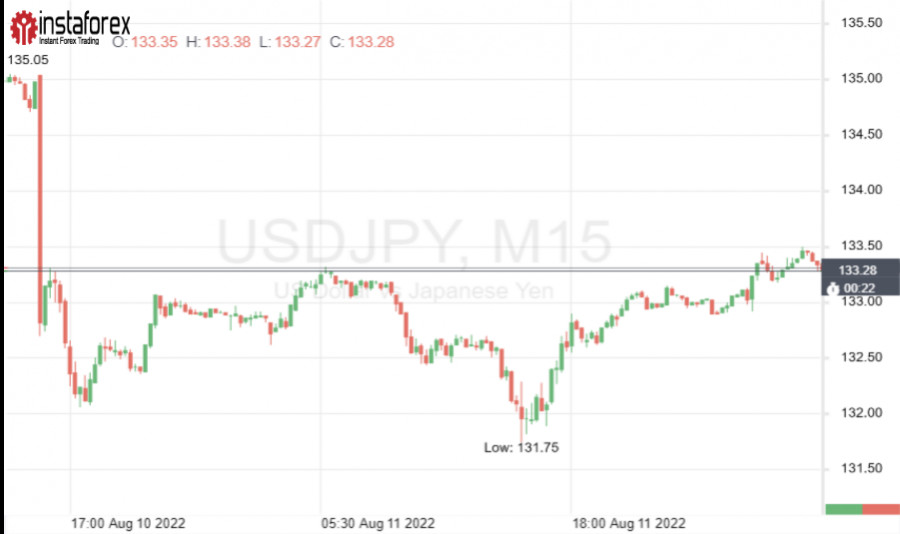 The greenback grew by 0.1% against its main competitors. Its index remained almost unchanged and stayed at 105.2 during the day.

Yesterday's comments by Federal Reserve members contributed to the reversal of the yield of US government bonds and the dollar. Despite the slowdown in inflation in July, the tone of officials still remains hawkish.

Neil Kashkari, president of the Federal Reserve Bank of Minneapolis, said that the latest CPI data did not change his expectations about the Fed's future course.

In addition, he stressed that the central bank is still very far from declaring victory over inflation.

The head of the San Francisco Federal Reserve, Mary Daly, was in solidarity with her colleague. She also does not rule out the continuation of the Fed's hawkish policy, unless, of course, the next portions of macro data will favor such a sharp increase.

Some analysts believe that the central bank will try to solve this problem as soon as possible, and predict another rate increase of 75 bps at a meeting in September.

Why does the yen have no chance?

This year the dollar index rose by 10%. The greenback received such a solid increase thanks to the aggressive policy of the Fed.

Since March, the US central bank has raised interest rates by 225 bps. This makes it the undisputed leader: none of the major central banks can compete with the Fed in the pace of tightening.

But the biggest divergence in monetary policy right now is between the US and Japan. Despite the global increase in rates, the Bank of Japan is still bending its line and continues to keep the rate at a low level.

The priority for the Japanese central bank is not to fight inflation, but to restore the economy, which has been hit hard by the COVID-19 pandemic.

Unlike the US and EU, which have already managed to get out of the crisis caused by the coronavirus, the Japanese economy is just beginning to show signs of recovery.

According to preliminary estimates, in the second quarter, Japan's annual GDP could show growth of 2.7%, which is in line with pre-pandemic indicators.

Statistics on the gross domestic product will be published on Monday. But even if the data turns out to be positive, it most likely will not affect the policies of BOJ Governor Haruhiko Kuroda in any way.

Many experts are inclined to believe that the head of the BOJ will not give up his commitment to a super-soft monetary rate. The main argument in its favor now will be the low wages remaining in the country.

At this stage, salaries in Japan are far behind the rate of inflation, which undermines the purchasing power of citizens.

Another big reason to keep rates low is the coronavirus statistics. Japan is at the epicenter of a new COVID-19 outbreak, posing a major threat to the world's third largest economy.

According to economists at the Japan Research Institute, the BOJ's position can be changed to hawkish only after Kuroda leaves his post.

Given that he is due to retire no earlier than April 2023, one can estimate how long the downward trend promises to be for the yen.

Analysts at the Finnish bank Nordea predict that the USD/JPY pair will continue to strengthen on the tight policy of the Fed and reach the level of 140 in the foreseeable future.

EUR/USD: although the euro has ambitious plans, it is too early to write off the dollar

The greenback posted its strongest gain in two weeks on Monday. The USD index ended Monday's session by rising 0.7% to 105.30 points. Meanwhile, EUR/USD came under pressure amid renewed

GBP/USD. The pound is up on the wing. Santa Claus rally will take it to the sky

The stock market is lower and the pound falls against the dollar at the beginning of the week. These dynamics once again confirm that the British currency depends

Farewell rally of USD/JPY: the dollar is pressing on the gas, but its running out of fuel

U.S. economic data breathed life back into the dollar, which has looked like a dying swan lately. However, many analysts believe that this growth momentum will not last for long

The US dollar managed to settle at the current highs thanks to upbeat US macro stats. The euro, on the contrary, dived down. Nevertheless, analysts believe that the greenback will

Surprise. The dollar may eventually fall

The prospect of less aggressive tightening and reports from China have scared investors away from the dollar. The US currency remains weak, nevertheless it is too early to say that