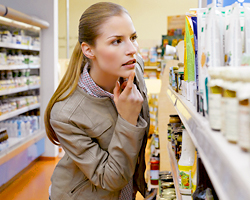 Reflecting the reopening of businesses following the coronavirus-induced lockdowns, the Commerce Department released a report on Thursday showing another substantial increase in U.S. retail sales in the month of June.

The report said retail sales soared by 7.5 percent in June after skyrocketing by an upwardly revised 18.2 percent in May.

Economists had expected retail sales to jump by 5.0 percent compared to the 17.7 percent spike originally reported for the previous month.

A note from economists at Oxford Economics said the rebound in retail sales over the past two months "confirmed the strong snapback in demand as retail sales are now back to their pre-coronavirus levels."

"But while today's report gives the illusion of a fearless consumer spending lavishly, the reality is more sobering: consumers are increasingly fearful amid new spikes in Covid-19 cases and a looming fiscal cliff," the economists added.

The report showed a notable slowdown in the pace of growth by motor vehicles and parts dealers, although auto sales still jumped by 8.2 percent in June after spiking by 48.7 percent in May.

Excluding sales by motor vehicles and parts dealers, retail sales shot up by 7.3 percent in May after soaring by 12.1 percent in May. Ex-auto sales were also expected to surge up by 5.0 percent.

Sales by gas stations showed another notable increase, with the sales growth partly due to a recent increase in gas prices.

Core retail sales, which exclude automobiles, gasoline, building materials and food services, leapt by 5.6 percent in June after surging up by 10.1 percent in May.

Reflecting the rebound in sales over the past two months, total retail sales in June were up by 1.1 percent compared to the same month a year ago.