The game against the dollar will not bring benefits, and the pound will fall 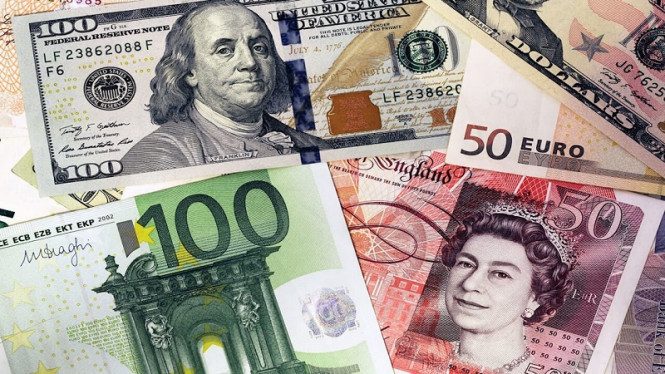 Recent positive macroeconomic data has lifted the mood for pound traders, but not for long. The approaching date of Britain's exit from the EU has forced the markets to decline from heaven to earth. "Hard Brexit" has not yet been canceled. Over the past three months, the GBP / USD pair has lost almost 7% of its value.

Some short-term positive sterling brought Angela Merkel. According to the German Chancellor, EU members will think about practical solutions for the Irish border after Brexit. It was the other day, and yesterday, traders are discouraged again.

The date of Britain's exit from the EU has changed twice, and apparently, there won't be a third time. Boris Johnson stubbornly insists that the country will leave the group on October 31 under any circumstances. This worries market participants and constantly puts pressure on the British currency. According to the market, the scandalous "divorce" with the European Union will harm the economy of England. Due to rising inflation, the probability of increasing rates in the country is growing. Moreover, the Central Bank will be able to increase them, provided that Brexit occurs without complications.

In addition, Labor party leader Jeremy Corbyn is trying to influence the Brexit situation. He plans a third attempt to change the release date. To do this, the British Prime Minister should be removed from office. However, Corbyn's attempts to pass a vote of no confidence in Boris Johnson were unsuccessful. Although there is information that the Labor Party and the Scottish National Party are joining forces to prevent disordered Brexit.

Meanwhile, Boris Johnson is scheduled to meet with European leaders this week. Given that the British government does not plan to change its position in relation to the exit from the EU, the pound should prepare for new negative news. Thus, the GBP / USD pair will remain under pressure until October 31. The "tough" scenario assumes the strongest depreciation of the English currency.

This fundamental factor dominates technical analysis. Under current circumstances, you should pay attention to short positions in the pair GBP / USD. Long positions can only be considered after the growth of quotes above 1.2280. The first signal for purchases will be a breakdown of the short-term resistance level of 1.2120, but it should be bear in mind that growth above resistance levels of 1.2480 and 1.2530 is hardly possible.

In general, the market is dominated by long-term negative dynamics, which means that short positions are preferred. The immediate goal of the decline is 1.20. This is the minimum level of 2017.

As for the dollar, it remains stable in spite of Donald Trump's calls for an aggressive policy easing. Thus, the growing dollar makes the pound even more vulnerable to sales.

Last Wednesday, the minutes of the July meeting of the Fed was published. If traders find hints in the document for further easing of the policy, the US currency may turn down, but there is no reason to expect a collapse.

The US economy in the context of trade conflicts and a slowdown in global GDP remains stable and shows growth. Representatives of the White House and the Fed continue to convince the market, focusing on the fact that the States are far from a recession. This fact supports the demand for the dollar and US assets.

The markets, in turn, seemed to have gone too far in their expectations, hoping for three rounds of rate cuts. Any slightly disappointing information can lead to emotional reactions.

An even bigger catalyst for the markets will be Jerome Powell's speech at the Symposium on Friday. It is worth noting that such events were used by the Fed to communicate with markets during periods of uncertainty.