If you look at the general results of the past day, at first glance, everything happened exactly as it should, since the single European currency fell against the dollar. However, not everything is so simple, since everything happened long before US inflation data was published. This situation raises many questions, so it's worth sorting everything out in order. 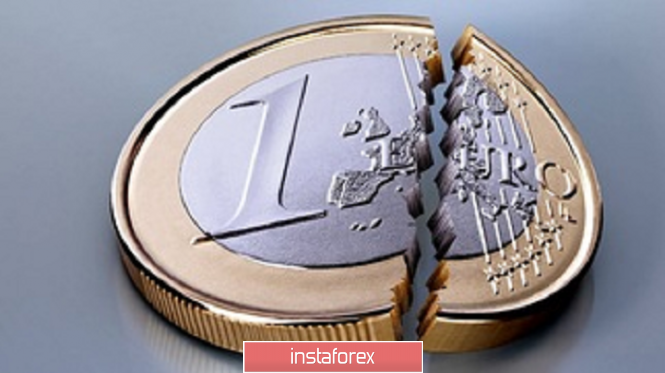 It is not strange, but the euro completely ignored European macroeconomic statistics, which were extremely positive. In particular, the unemployment rate in France, which decreased from 8.5% to 8.1%, was ignored. Not only did it drop significantly, but it turned out to be much better than forecasts predicted a decrease in unemployment to 8.4%. 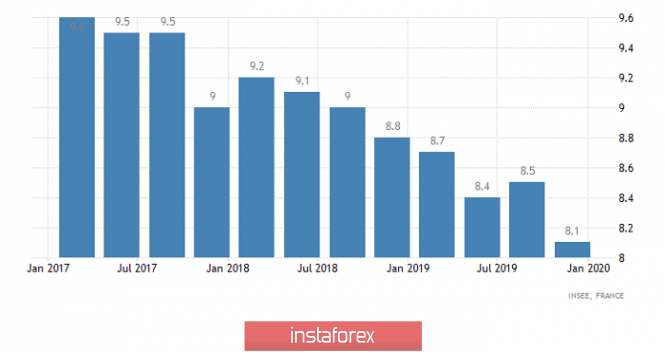 The market ignored inflation data in Germany, which fully coincided with forecasts, and rose from 1.5% to 1.7%. But inflation growth in the largest economy of the euro area automatically indicates its growth potential throughout Europe. So investors had enough reasons for optimism. But no reaction followed. 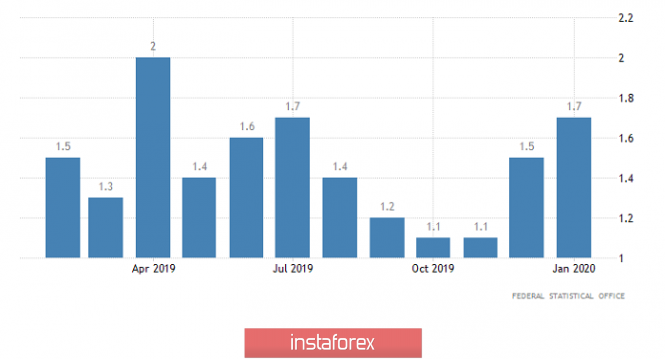 A few hours later, the euro fell amid absent information background. Certain news from the United Kingdom slightly excited investors, but only in relation to the pound. Since the news itself does not apply to the euro area. However, the weakening of the single European currency stopped shortly before the publication of US inflation data. The most interesting thing is that when it was announced that inflation growth in the United States went from 2.3% to 2.5%, and not up to 2.4%, as expected, the euro stood rooted to the spot. Looking at such a development of events, it is impossible to get rid of the idea that someone very large, knew in advance what the inflation data would be. At least, all euro's movements are fully justified, except when exactly they occurred. 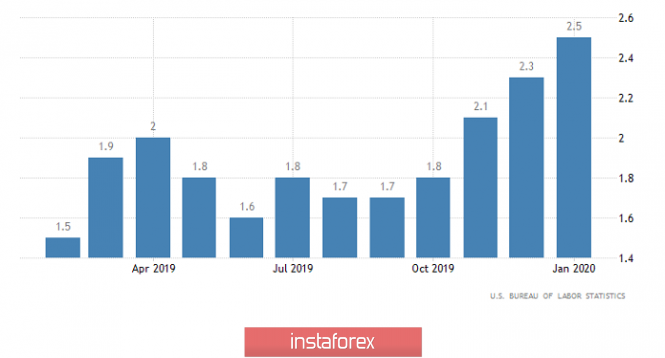 Nevertheless, an extremely busy day awaits us, and it is impossible to single out one specific piece of news that will determine the course of events. On the one hand, the euro is obviously excessively oversold, and it only needs a reason. However, this will have to wait, as the data on the GDP of the euro area for the fourth quarter should show a slowdown in economic growth from 1.2% to 1.0%. At the same time, there is a likelihood that the data will turn out to be much worse, because recent data on industrial production indicates this. So the European statistics themselves will certainly not give rise to the growth of the single European currency. 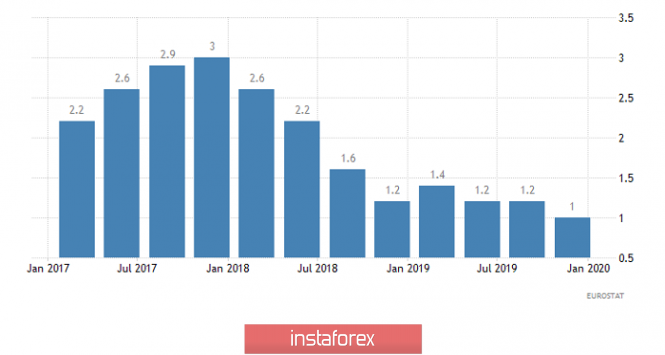 But there is still hope, since US retail sales data is set to be published today, which should show a slowdown in growth from 5.8% to 4.9%. Such a significant slowdown cannot be ignored, especially since we are talking about the main engine of the US economy. At the same time, one should not exclude the possibility that the data will turn out to be slightly better than forecasts. It is not strange, but this is indicated by the latest report of the United States Department of Labor, as it reflected a noticeable increase in the growth rate of the average hourly wage. So income growth can support consumer demand. 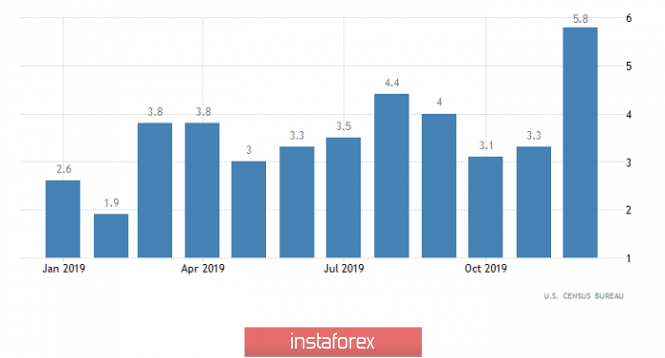 From the point of view of technical analysis, we see a stable downward move, which managed to overcome the low of the previous year 1.0879, as well as to consolidate below the level of 1.0850. In fact, the downward trend has resumed, and recent price takings confirm this, but in view of such a sharp decline, where there were no corrections, we were faced with overheating of short positions, which could put additional pressure.

In terms of a general review of the trading chart, we see the price movement in the region of 2017, which means that the oblong correction has been left behind and is considered developed.

It is likely to assume that the overall downward mood will remain in the market, but in order to acquire new branches, a retreat is needed, or a local correction.

- Short positions, we consider in the absence of correction and consolidating the price below 1.0815.

From the point of view of a comprehensive indicator analysis, we see that technical tools at hourly and daily intervals signal a sale. At the same time, minute intervals due to alternating stagnation changed interest to ascending, neutral. 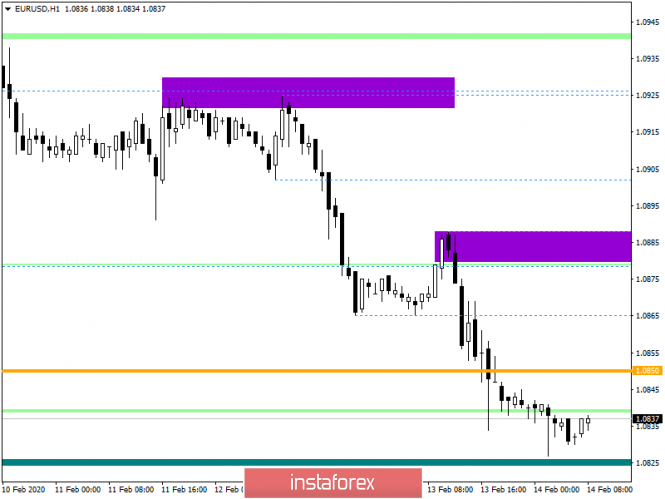