The third estimate of GDP for the third quarter released by the European statistics agency Eurostat yesterday showed that the European economy expanded by 2.3% year-on-year and 0.3% on a quarterly basis. Notably, the preliminary quarterly GDP estimate assumed an increase of 2.1% and 0.2% in annual and quarterly terms respectively.

An upward revision of GDP data supported the euro.

Overview of trading charts for December 7

The pound/dollar pair got out the sideways range by gaining upside momentum. The price bounced off the level of 1.2150 and settled above 1.2200, which suggested an increase in the volume of long pound positions. 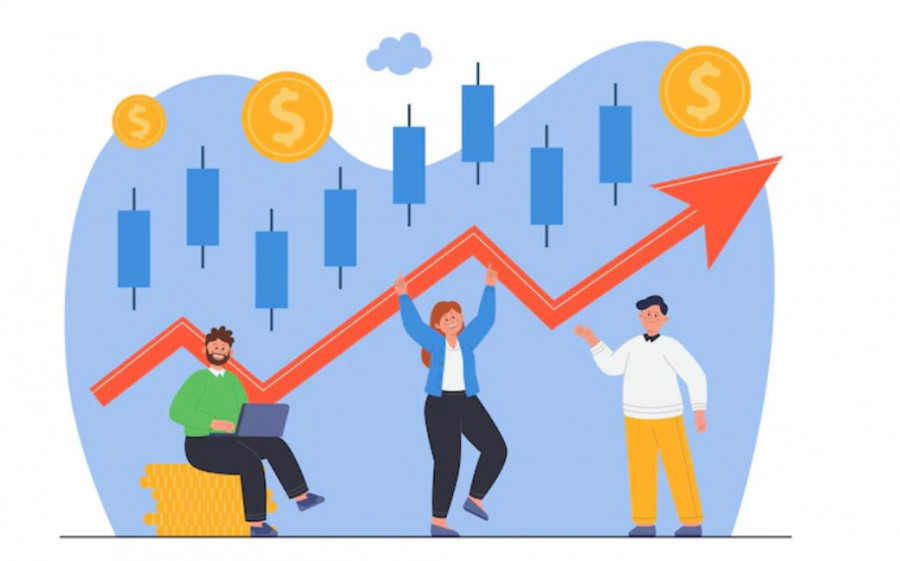 Today's macroeconomic calendar includes data on weekly jobless claims in the United States. Economists predict a decline in their total volume. This is a positive factor for the US labor market provided that the indicator meets analysts' forecasts.

US continuing jobless claims are expected to decline to 1.575 million from 1.608 million.

In this situation, it is worth focusing on the following levels: 1.0550 (yesterday's high) and 1.1430 (variable support). If the price consolidates above 1.0550 or fixes below 1.1430 on the four-hour chart, it will be possible to determine a further price direction. Until then, the pair is likely to drift sideways near the indicated levels. 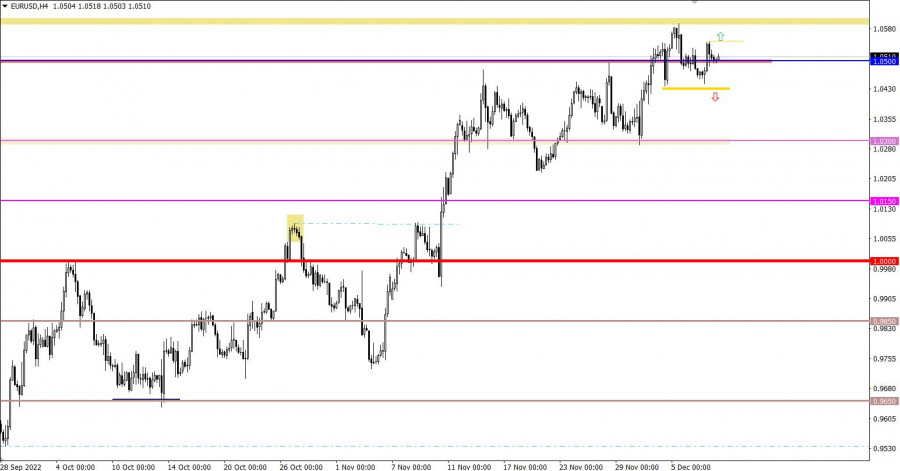 If the price stays firm above 1.2200, it may gain strong upside momentum. In this case, the quote is expected to head for the high of the ascending cycle, that is, the level of 1.2343. Otherwise, it may start moving sideways along the level of 1.2150, which will indicate investor uncertainty. 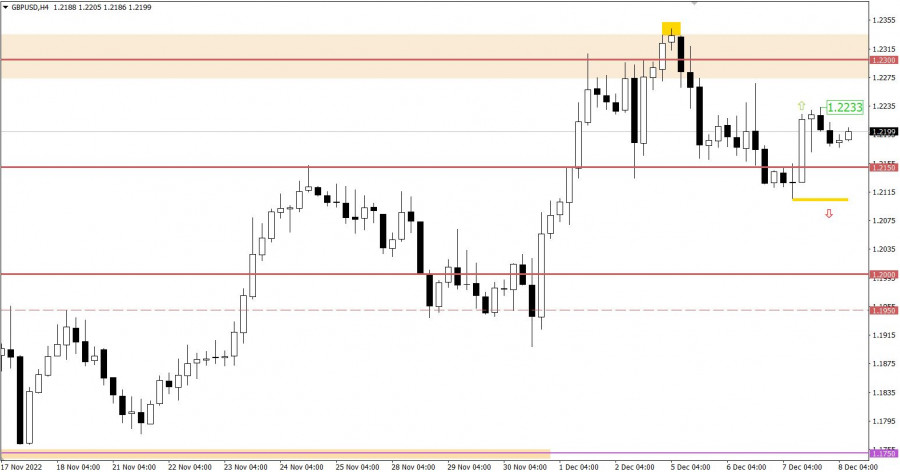 The candlestick chart shows graphical white and black rectangles with lines from above and below. While conducting a detailed analysis of each individual candlestick, one can notice its features intrinsic to a particular time frame: the opening price, the closing price, as well as the highest and lowest prices;

Horizontal levels are price levels, at which the price may stop or reverse. They are called support and resistance levels;

Circles and rectangles are highlighted examples where the price reversed in the course of its history. This color highlighting indicates horizontal lines, which can exert pressure on the quote in the future;

How to trade GBP/USD on January 27. Simple trading tips and analysis for beginners

GBP/USD edged up on Thursday and settled above the descending trend line, which we formed on Wednesday. Thus, the downtrend is broken one day after it was formed

How to trade EUR/USD on January 27. Simple trading tips and analysis for beginners

EUR/USD showed inexplicable movements on Thursday. So, the volatility of the day was only 60 pips. The pair failed to cross 1.0923, as well as to settle below the ascending

The GBP/USD pair crashed in the last hours and now it's trading at 1.2356 far below 1.2430 today's high. The price action signaled exhausted buyers, while the fundamentals pushed

The USD/JPY pair rallied in the last hours and now is trading at 130.19 at the time of writing. It moves somehow sideways in the short term. The price action

The focus of traders today is the publication at 13:30 (GMT) of the block of the most important macro data for the United States. Economists suggest that U.S

GBP/USD: plan for the US session on January 26 (analysis of morning deals). Buyers of the pound continue to anticipate a bullish trend.

You require the following to open long positions on the GBP/USD: In the early part of the day, there were no signs of a market entry. Let's analyze the 5-minute

In my morning forecast I highlighted the level of 1.0922 and recommended making market entry decisions with this level in mind. Let us have a look at the 5-minute chart

EUR/USD and GBP/USD trading plan for beginners on January 26, 2023

The macroeconomic calendar for trading instruments was empty despite the publication of inflation data in Australia and New Zealand and the meeting of the Bank of Canada. Important statistics

The plan presented last January 24 was to decrease EUR/USD. However, on the next day, economic reports were positive, so the plan shifted to driving the prices up during