This bullish reversal pattern serves to confirm a trend.

This figure is formed in a way similar to the Stick Sandwich formation. Without a middle candlestick, the Sandwich turns into the Matching Low.  A long black candlestick indicates continuation of the downward trend, and the next day prices open at higher levels and close at the level of the previous day. As a result, we see two black candlesticks whose closing prices are located at the same level.

This pattern indicates that prices reached the bottom despite touching a new low.

How to distinguish the pattern:

1. A long black candlestick appears on a chart.
2. The second candlestick is also black and the closing price of the second day is the same as on the first day.

The market trades with a bearish bias which is confirmed by a long black candlestick on the chart. The next day prices open at higher levels and move further upwards but at the end of the trading day prices close at the previous level. This is a typical confirmation of a short-term support which is a serious obstacle to bears who ignore this signal. Neglecting this pattern, they can miss the moment of a trend reversal.

At the same time, the psychological aspect that stands behind trading during the period of the pattern formation is not significant. The important thing is that two trading days should close at the same level.

The pattern is followed by a long black candlestick that is usually bearish. In this case it is necessary to wait for confirmation of this candlestick.

The Matching Low pattern looks similar to the Homing Pigeon. However, the second candlestick cannot be defined as engulfing due to similar closing prices. 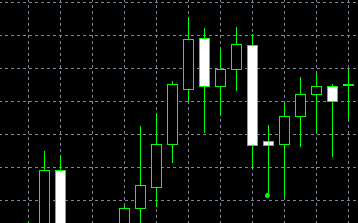