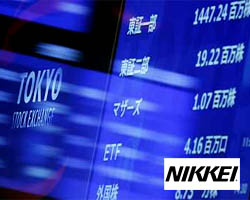 The manufacturing sector in Taiwan continued to expand in November, and at a faster pace, the latest survey from Nikkei revealed on Friday with a PMI score of 56.3.

That's up from 53.6 in October, and it moves further above the boom-or-bust line of 50 that separates expansion from contraction.

Individually, total new work and export sales expanded at the sharpest rate in three years. There also was the sharpest increase in production since March.

Average delivery times lengthened at the sharpest rate since April 2011.