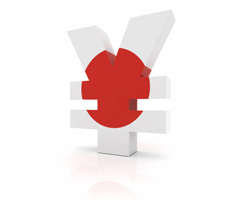 The Japanese yen climbed against its major opponents in early European deals on Friday, as worries about rising tensions in the Middle East and persistent trade tensions between the U.S. and China dampened risk sentiment.

The U.S. blamed Iran for the attacks in the Gulf of Oman and said it will defend its forces and interests in the Middle East.

Trade tensions intensified after U.S. President Donald Trump said that he was holding up a trade deal with China and had no interest in moving ahead unless Beijing agrees to four or five "major points" which he did not specify.

The currency traded mixed against its major counterparts in the Asian session. While it rose against the pound and the franc, it held steady against the greenback and the euro.

Looking ahead, U.S. retail sales and industrial production for May, business inventories for April and University of Michigan's preliminary consumer sentiment index for June are set for release in the New York session.