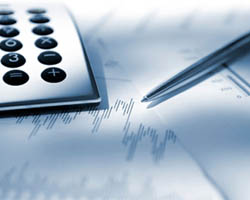 The services Purchasing Managers' Index fell to 50.4 in November from 52.2 in October. Economists had forecast a score of 51.2.

However, any score above 50 indicates expansion in the sector.

The rate of increase in new business was the softest seen since August. The client demand was supported by the domestic market, as firms contracted further in new export orders.

Firms hired more workers for the tenth month in a row in November, but the rate of job creation slowed. Backlogs of work declined for the fourth straight month.

On the price front, cost inflation eased to the lowest level in four months in November and the selling prices declined for the fourth month in a row.

Sentiment weakened to the lowest level in three months during November, but remaining in the positive territory.

The composite PMI fell to 49.6 in November from 50.8 in the preceding month. Economists had forecast a score of 50.6.

"From the start of the year, the worry to outside observers is that the weakness in the manufacturing sector would eventually spread to the rest of the economy, and the service sector is definitely showing signs of the malaise having spread," Amritpal Virdee, economist at IHS Markit, said.

"Concerns about the health of the economy have been present in anecdotal evidence for many months now and, confidence remains historically subdued," the economist added.