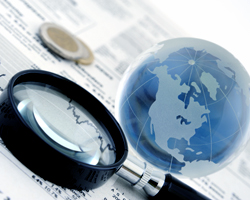 Hong Kong's trade deficit decreased in February, as exports rise and imports fall, data from the Census and Statistics Department showed on Thursday.

Exports rise 4.3 percent annually in February after a 22.7 percent fall in the previous month.

Imports decreased 0.1 percent in February, following a 16.4 percent decline in the previous month.

On a monthly basis, exports and imports dropped 11.4 percent and 7.6 percent, respectively, in February.

" Merchandise exports turned to a moderate year-on-year increase in February mainly due to the distortions from the timing of the Lunar New Year," a government spokesman said.

"Taking the first two months of 2020 together, the fall in merchandise exports widened to 12.0 percent in value terms, reflecting the serious disruptions to regional trading and production activities caused by the COVID-19 outbreak."