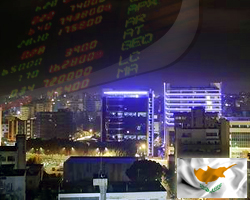 Cyprus's EU measure of consumer prices declined at a softer rate in September, data from the statistical office showed on Friday.

The harmonized index of consumer prices, or HICP, fell 1.9 percent year-on-year in September, following a 2.9 percent decrease in August. This was the sixth consecutive fall.

On a month-on-month basis, the HICP fell 0.8 percent in September.

For the January to September period, the HICP decreased 1.1 percent compared to the corresponding period of the previous year.