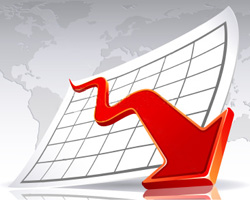 First-time claims for U.S. unemployment benefits rebounded by slightly more than expected in the week ended September 11th, according to a report released by the Labor Department on Thursday.

Economists had expected initial jobless claims to rise to 328,000 from the 310,000 originally reported for the previous week.

The modest increase came after initial jobless claims fell to their lowest level since March of 2020 in the previous week.

Meanwhile, the Labor Department said the less volatile four-week moving average edged down to 335,750, a decrease of 4,250 from the previous week's revised average of 340,000.

With the modest decrease, the four-week moving average fell to its lowest level since hitting 225,500 in the week ended March 14, 2020.

The report said continuing claims, a reading on the number of people receiving ongoing unemployment assistance, also slid by 187,000 to a new pandemic-era low of 2.665 million in the week ended September 4th.