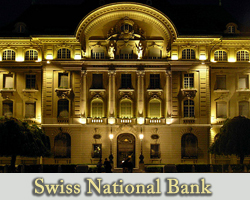 Brazil's central bank raised its key interest rates by 100 basis points on Wednesday and signaled another hike of the same magnitude at the next meeting to bring inflation down to the target.

The monetary policy committee, known as Copom, unanimously decided to increase the Selic rate by 100 basis points to 6.25 percent from 5.25 percent.

The bank has raised its rate by a massive 425 basis points so far this year.

Policymakers observed that, at the current stage of the tightening cycle, this pace is the most appropriate to guarantee inflation convergence to the target and allow the committee to gain more information regarding the state of the economy.

"For the next meeting, the Committee foresees another adjustment of the same magnitude," the bank said in a statement.

"The Copom emphasized that its future policy steps could be adjusted to ensure the achievement of the inflation target and will depend on the evolution of economic activity, on the balance of risks, and on inflation expectations and projections for the relevant horizon for monetary policy," the bank said.