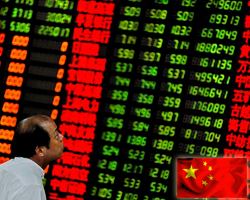 The Japanese yen climbed against its most major counterparts in the European session on Friday, with China's crackdown on cryptocurrency industry and uncertainty about bond payments by China Evergrande Group denting sentiment.

Chinese authorities said that all digital currency activities are illegal and it would prevent financial institutions and companies from offering services to activities and operations related to these currencies.

Evergrande worries continued as it failed to make payments to all its bondholders by the prescribed deadline on Thursday.

Data from the Ministry of Communications and Internal Affairs showed that Japan overall inflation fell 0.4 percent on year in August - shy of expectations for -0.3 percent, which would have been unchanged from the July reading.

The yen recovered slightly to 119.47 against the franc, after touching 119.74, which was its lowest level since September 13. The yen may face resistance around the 118.00 region.