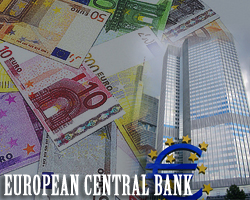 Staff projections in December may not resolve all uncertainties around the medium-term outlook and policymakers must keep sufficient options for future monetary policy actions, the minutes of the latest European Central Bank meeting showed Thursday. "While the Governing Council would benefit from new staff macroeconomic projections at its December meeting, it was cautioned that the data available in December would not resolve all the uncertainties around the medium-term inflation outlook," the ECB said in the minutes, which it called "account" of the October 27-28 policy session.

"It was seen as important that the Governing Council should keep sufficient optionality to allow for future monetary policy actions, including beyond its December meeting."

In December, policymakers were likely to stick to the view that net asset purchases under the Pandemic Emergency Purchase Programme or PEPP, could expected to come to an end by March 2022.

While policymakers expressed confidence that the effects of higher energy prices and of supply bottlenecks would be temporary, the decline in inflation in 2022 would now take longer than previously expected, the minutes showed. They expect the shorter-term inflation outlook for the euro area to once again be revised upwards in the December 2021 Eurosystem staff projections. An argument was also put forward that price effects could be greater than currently estimated if labor force participation did not return to pre-crisis levels, the minutes showed.