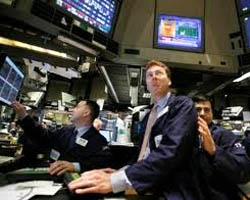 On an unadjusted basis, retail sales slid 2.5 percent annually, in contrast to the 0.2 percent rise a month ago.