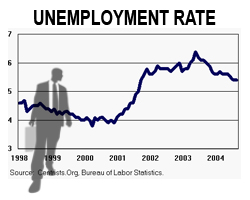 A closely watched report released by the Labor Department on Friday showed employment in the U.S. increased by much less than expected in the month of November.

The report said non-farm payroll employment rose by 210,000 jobs in November after surging by an upwardly revised 546,000 jobs in October.

Economists had expected employment to spike by 550,000 jobs compared to the jump of 531,000 jobs originally reported for the previous month.

With the much bigger than expected decrease, the unemployment rate fell to its lowest level since hitting 3.5 percent in February of 2020.