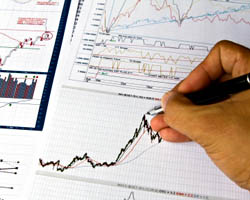 France's economic activity slowed in May as manufacturing morale weakened amid falling demand and rising inflationary pressures, while services continued to underpin the economy after restrictions linked to the Covid-19 pandemic were relaxed.

French manufacturers were less confident in May, mainly due to the weaker assessment of production prospects and foreign order books, while inflation expectations hit a record high, survey data from INSEE showed Tuesday.

Elsewhere, France's private sector continued to expand at a stronger pace in May despite slower expansions in both the manufacturing and services sectors, the purchasing managers' survey data from S&P Global showed.

The business confidence index dropped for a fourth straight month, to 106 in May from 108 in April, survey results from the statistical office INSEE showed on Tuesday.

The index was forecast to fall to 107. The latest reading was the weakest since September last year.

Manufacturers' balances of opinion regarding the personal production expectations over the next three months deteriorated further and stood at its average level in May, with the index falling to 6 from 10 in April.

However, the sub-index reflecting the opinion on production over the last three months remained stable since March, above its average.

The balance on order books decreased and that on foreign demand fell markedly to -4.0 in May from 2.0 in the previous month.

The indicator showing the assessment of inventories dropped in May.

Meanwhile, manufacturers' opinion on the expected trend in selling prices rose again. The corresponding index rose by 10 points from last month to 55, its highest level since the start of the series in 1990.

The index for employment expectations among business managers dropped marginally to 11 in May from 12 in April and the measure for general production outlook worsened to -9 from -4.

The overall business confidence index that comprises the responses of business leaders from sectors namely, manufacturing, construction, services, retail trade and wholesale trade, remained stable at 106 in May.

Morale improved a little in services and retail trade, but worsened in manufacturing, building construction and wholesale trade.

The S&P Global survey showed that the flash composite output index dropped to a two-month low of 57.1 in May from 57.6 in April. The index was forecast to fall to 57.0.

A reading above 50 indicates expansion in the sector.

The lifting of pandemic-related restrictions helped the service providers to create higher business output in May, while weak demand amid higher prices weighed on manufacturing.

The manufacturing PMI dropped to a seven-month low of 54.5 in May from 55.7 in the prior month. Economists had forecast a score of 55.

The survey showed that the French private sector employment increased at the sharpest pace for two decades. Supplier delays across manufacturing sector were at their weakest for nearly a year-and-a-half.

Meanwhile, both input and output price inflation accelerated to new record highs in May, linked to shortages of components, the war in Ukraine, as well as rising transport and fuel costs.

"Whether strong hiring trends can be sustained amid rising cost pressures and any further softening in the demand side of the economy remains to be seen," Joe Hayes, senior economist at S&P Global Market Intelligence, said.

ING economist Charlotte de Montpellier said the French economy is likely to continue in two-speed in the coming months.

The economist expects the service sector to continue to act as a driver until the end of the summer, thanks to the very good tourist season ahead, before losing momentum significantly at the end of the year.

"Ultimately, we continue to expect a negative growth figure in the second quarter, before a moderate recovery, which should lead to French GDP growth of 2.7 percent for the year as a whole," de Montpellier added.