The euro-dollar pair expectedly sank to the base of the 11th figure and is now testing the boundaries of the 10th level. Macroeconomic data released yesterday provided significant support for the US currency, while the euro again came under pressure from the rhetoric of the European Central Bank. This combination of fundamental factors pulls the pair downward at least to the bottom line of the Bollinger Bands indicator on the daily chart, which now corresponds to the mark of 1.1070. By and large, only the uncertainty about the prospects for US-Chinese trade relations (and Fed's further reaction accordingly) is holding back the EUR/USD bears from an impulse decline to the base of the 10th figure. All other arguments speak in favor of greenback growth. 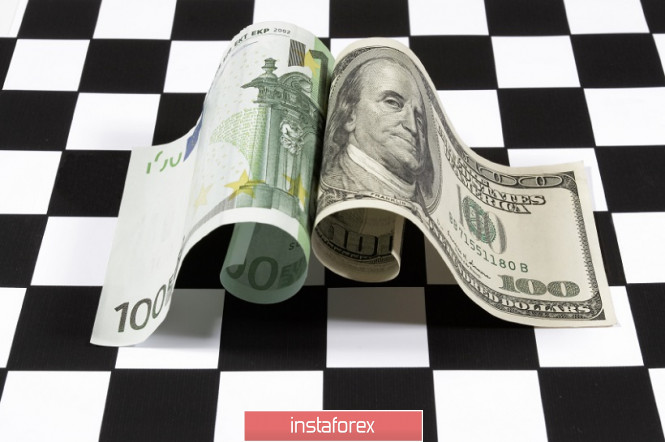 Despite the inversion of the yield curve and the decrease in the yield of 10-year Treasuries to three-year lows (1.540%), the dollar index may soon update this year's maximum if it maintains its growth rate. Now, the indicator is at 98,053, although it was in the region of 95 points at the end of June. The dynamics of US macroeconomic indicators suggest that the Fed is unlikely to resort to aggressive measures to mitigate monetary policy in the fall. While the market already takes into account the 25-point decline in current prices, the probability of this step is estimated at almost 70%. The dollar has regained its attractiveness, especially when paired with the euro, which is waiting for large-scale action by the ECB.

However, the revaluation of the US currency is restrained. On the one hand, the greenback received strong support from macroeconomic reports. Thus, the total retail sales in the United States rose to 0.7%. which is the best result since March this year. The indicator jumped to 1.3% (excluding auto sales), and it rose to 0.9% (excluding auto and fuel sales), demonstrating consistent growth for the third month in a row. Even Donald Trump drew attention to the published figures. On his Twitter, he said that the US economy is becoming stronger against the backdrop of a slowdown in other economies, and American consumers are in great shape, as they have "got a lot of cash."

Although, it is not only retail sales that supported the dollar yesterday. Minor indicators have also made their respective contributions. In particular, the Empire Manufacturing manufacturing index, which is based on a survey of manufacturers in the New York Federal Reserve Region, showed positive dynamics after a significant decline in previous months. In addition, investors were unexpectedly surprised by the labor cost index. According to experts, the Fed members track this inflation indicator with a "special predilection". Therefore, its dynamics have a significant impact on the dollar. In the first quarter of this year, it collapsed to -1.6%, but in the second quarter it turned out to be much better than expected with 2.4% instead of the forecasted increase to 1.7%. This indicator allows you to assess the growth rate of the level of wages in the United States and it is a good indicator of inflationary pressure in the country. Yesterday's release looks symptomatic, against the background of the latest release of data on the increase in the consumer price index.

Yet, the single currency is impressed by an interview with Olli Rehn, an influential American publication of the Wall Street Journal. Ren is the head of the Central Bank of Finland and a member of the Governing Council of the European Central Bank. This is a fairly influential figure in the ECB camp. In particular, he was one of the favorites in the election race for the post of head of the ECB, which was subsequently won by Ms. Lagarde. Hence, Olli Rehn said that the European regulator will resort to comprehensive measures to mitigate monetary policy this fall. The ECB can not only reduce the interest rate by 10 basis points (that is, to -0.5%) but also announce new purchases of bonds worth about 50 billion euros per month as part of a quantitative easing program. 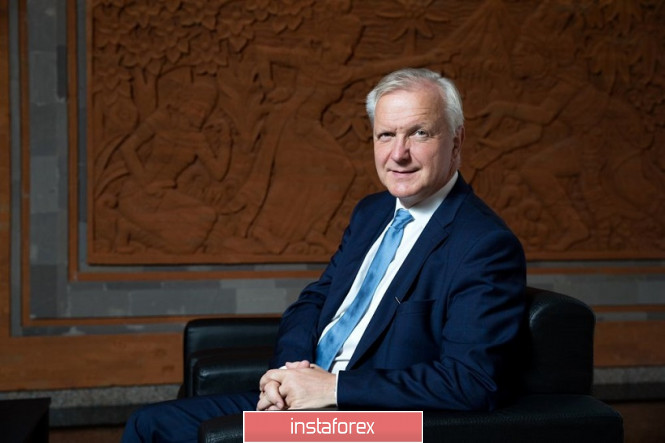 In addition, Olli Rehn suggested that the European Central Bank at one of its next meetings could change the rules of its bond purchase program, which prohibits the regulator from acquiring more than 33% of the debt of any individual eurozone government. In other words, the ECB is ready to apply very aggressive measures to mitigate monetary policy. Draghi's actions may even exceed the expectations of most experts. This fact put strong pressure on the euro throughout the market, including paired with the dollar.

Nevertheless, despite the very unambiguous fundamental picture, the pair does not go down to the bottom, that is, to the base of the 10th figure and below. EUR/USD bears are being held back by the global trade conflict, the consequences of which could also affect Fed members. In an interview with Donald Trump yesterday, he said that a trade agreement with China should be concluded "only on the terms of Washington." Obviously, representatives of the American side in the negotiating group also take a similar position. In turn, the Chinese express their willingness to further escalate the trade war, but at the same time hope for the effectiveness of the September meeting. In fact, this question is "hanging in the air" and this fact does not allow the pair bears to develop a large-scale downward movement. In general, the pair remains within the downward trend with the first target of 1.1070, where the support level is located.