EUR/USD. Senate will consider Trump impeachment next week. New evidence in the case 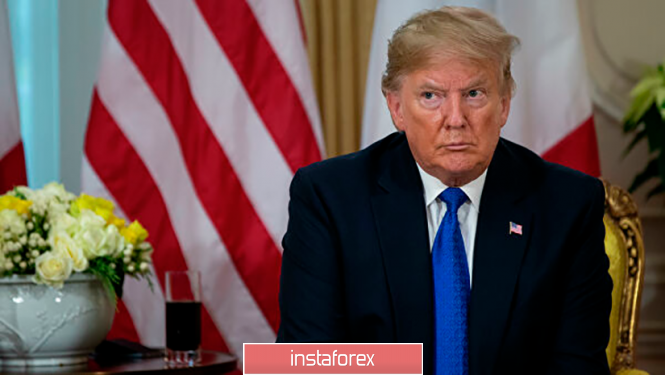 Despite the fact that absolutely everyone understands that the likelihood of Donald Trump being removed from his post is negligible, the impeachment case does not stop and the Democrats are ready to go to the end. We already said earlier that the only chance to entice Republican senators to their side is to provide the Senate with such evidence of Trump's guilt that cannot be interpreted in two ways, which cannot be refuted. Only in this case can one count on some kind of support from the Republicans in the Senate and hopes that the total number of votes (at least 67 out of 100 is required) is enough to impeach Trump. The latest information on this topic is as follows. Democrats took a break almost one month after Congress officially voted "for" the impeachment of Trump. This month was spent collecting new evidence and searching for new witnesses. And it cannot be said that the Democrats, led by Lower House Speaker Nancy Pelosi, were unable to collect anything new. "Time was on our side, and this allowed us to collect additional evidence incriminating the president," the politician said. The new documents are presented in a copy of a letter from U.S. President Rudolph Giuliani's personal lawyer, which clearly confirms that Donald Trump was aware of Giuliani's attempts to compromise his main rival in the 2020 presidential election, Joe Biden. Moreover, Trump personally approved the meeting of Giuliani with Volodymyr Zelensky. The documents also contain a copy of a letter from Giuliani, which was sent to Zelensky, in which the lawyer demands a meeting on May 13 or 14. Earlier, Republicans and Trump himself have repeatedly stated that the US president was completely ignorant of the actions of his personal lawyer. However, new documents indicate the opposite. In addition, there is evidence of Lev Parnas, an American businessman and associate of Giuliani, who was detained and initially refused to participate in the case, but later changed his mind. According to the U.S. intelligence committee, Parnas prepared handwritten notes that seem to be directly related to the presidential scheme aimed at forcing Ukraine to announce investigations useful for his re-election campaign. One of these notes was made public and it reads: 1) Force Zelensky to announce the beginning of the investigation of the Biden case; 2) start negotiations with Zelensky without Pinchuk and Kolomoisky. The documents also provide information that Parnas and Giuliani were monitoring the US ambassador to Ukraine, Marie Yovanovitch, to secure her resignation. In general, the case is overgrown with new details and, it seems, Trump is really guilty of everything that he is accused of. Despite the Democrats' furious desire to force Trump to leave his post, one should also be clearly aware that the impeachment procedure does not begin "out of the blue", simply because of personal hostility towards the US president, as in virtually any other country, there are several political forces that constantly compete among themselves for power. Thus, formal impeachments can be declared to any president, because he always has opposition or a banal list of dissatisfaction with his policy. In the Trump case, there are very serious charges and very high-profile evidence. Thus, more and more ordinary people are inclined to believe that Trump is really guilty. Another thing is that Trump's associates in the Republican Party will decide his fate, of which there is a larger number in the Senate ...