USD/JPY. The main goal - 111.20: the pair maintains its growth potential

Today, the United States celebrates Martin Luther King Day, which is why American trading platforms are closed. However, this does not prevent the dollar from strengthening throughout the market, reflecting the increased interest of investors. The dollar index is held in the middle of the 97th figure, after the December decline to the level of 96.05 (half-year low). Greenback dominates all dollar pairs – even the pound, which grew last week despite negative macroeconomic reports, is gradually losing its positions.

But the yen capitulated much earlier, as soon as the market subsided anti-risk sentiment. Today, traders, on the contrary, show increased interest in risky assets, and this fact puts additional pressure on the yen. Also, USD/JPY traders are waiting for tomorrow's meeting of the Bank of Japan, which is rumored to be "pass-through". However, the head of the Japanese regulator Haruhiko Kuroda knows how to surprise – for example, in January 2016, the Japanese Central Bank unexpectedly introduced a negative rate on new deposits. Although a week earlier, the head of the Central Bank convinced parliamentarians that the bank "does not even seriously consider such a scenario." Given this incident, traders should not lose their vigilance: the Bank of Japan can take action at any meeting, despite the seeming improbability of this scenario. 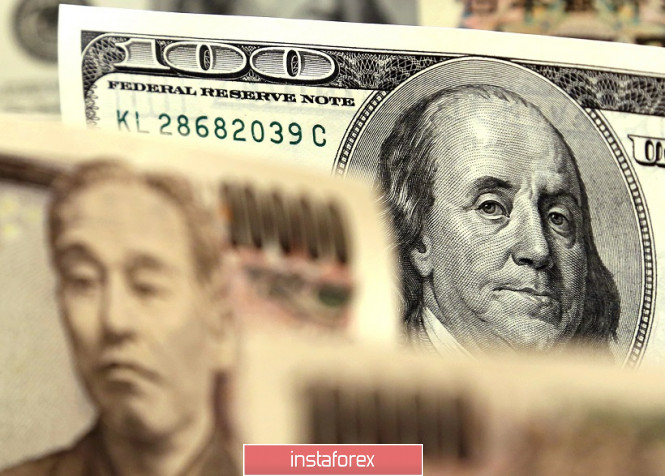 Kuroda himself is now voicing neutral rhetoric, while not excluding the implementation of the "dovish" scenario in the future. But some of his colleagues are in favor of lowering the rate further into the negative area and expanding the stimulus program. It is worth recalling that in July 2018, the Japanese regulator expanded the range, or rather, the limits of long-term interest rates. But it went no further than this decision. The regulator has been taking a wait-and-see position for several years. At the December meeting, Kuroda did not change the parameters of monetary policy – he only tried to put verbal pressure on the yen. He said that wages are growing at an extremely slow pace, and inflation has not risen even to half of its target two percent level, so the Central Bank "reserves the right" to resort to an appropriate reaction.

And although he did not elaborate on his idea, the Bank of Japan has additional leverage in its arsenal, in addition to lowering the interest rate. We are talking about increasing the volume of purchases of Japanese government bonds and increasing the monetary base. At what point the regulator will go "from words to deeds" is unknown, but from the experience of previous years, we can assume that this will happen suddenly and without any prior warning.

However, at the moment, the probability of such a scenario is low, given the growth of inflation in December and the dynamics of GDP growth. Also, we must not forget about the signing of the first phase of the US-China deal. In addition to the fact of the trade truce, this event has other positive (for the Central Bank) consequences – in particular, the yen in pair with the dollar has fallen by more than 300 points since the beginning of January. Therefore, most likely, the January meeting will still be "pass-through": Kuroda will voice the standard rhetoric, leaving monetary policy in the same form.

This result will support the USD/JPY pair, as the yen will remain one on one with the events of the external fundamental background. In general, traders of this pair have a difficult time: the yen is forced to react not only to the internal fundamental background but also to the external one. As a rule, these factors have the opposite value for the yen, so the price dynamics follow the principle of "one step forward – two back". The complexity of the situation is because the north or south momentum of the pair ends abruptly and often unexpectedly. 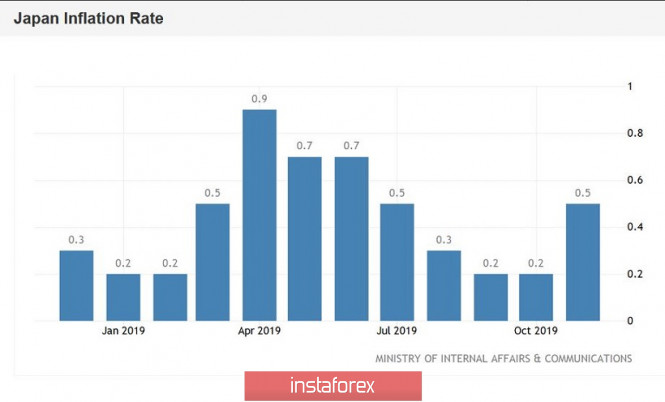 But even with this uncertainty, we can assume that the USD/JPY pair will retain its potential for further growth soon, due to optimistic sentiments about the prospects of US-Chinese relations, as well as due to the "inaction" of the Japanese regulator at the January meeting. Taking these factors into account, the pair may grow at least to the level of 110.50 (the upper line of the Bollinger Bands indicator on the daily chart). On all higher timeframes (from H1 and higher, but except for MN), the Ichimoku indicator shows a bullish "Line Parade" signal, and the price is located between the middle and upper lines of the Bollinger Bands indicator. To continue the north trend, the pair's bulls need to overcome the above-mentioned mark of 110.50. The main goal of the northern movement is the mark of 111.20 (at this price point, the borders of the Kumo cloud closed on the monthly chart).