If tomorrow's meeting of the Federal Reserve is more or less clear, then how the Bank of England will behave remains a mystery. Different analytical agencies and large management funds look at the situation with interest rates differently, which divides them into two camps. Some are convinced that lowering the BoE interest rate this Thursday would be too premature a decision. This argument is supported by a recent report by the Organization for Economic Co-operation and Development, which points to the stabilization of UK economic data. However, problems persist with retail sales, not to mention the uncertain prospects for a Brexit deal and the development of the situation in this direction, which many have already forgotten about. 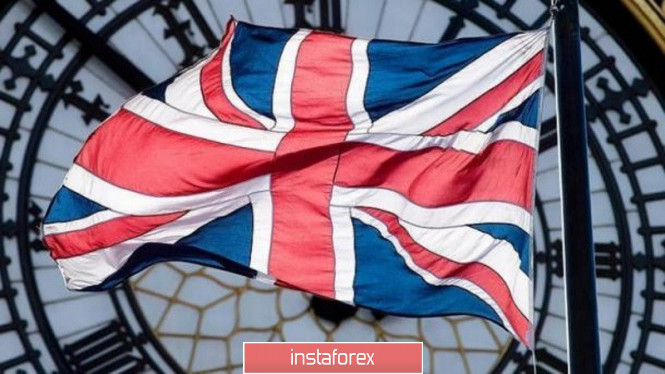 Those who expect interest rates to remain unchanged focus on recent data on services and manufacturing activity, where real improvements have been noted, which may also affect the BoE's decision.

Another camp believes that the English regulator will actively reduce interest rates in the near future, and it is necessary to wait for this, perhaps not on Thursday, but in the coming months. Here the emphasis is placed on the likely deterioration of the economic situation in the UK at the beginning of this year, which will force the BoE to consider a more serious rate cut, as well as stimulating the economy in other ways. Let me remind you that at present the key interest rate is at the level of 0.75%. Meanwhile, the yield on 10-year UK government bonds is at 0.503%.

Today's report from the Confederation of British Industry CBI, which pointed to the lack of growth in retail sales in the UK in January this year, is unlikely to affect the BoE's decision on interest rates, but adds even more uncertainty. According to the data, about 40 retailers noted a lack of growth in retail sales. However, despite the fact that the data reflects only the report for the first half of January, the British pound did not miss the moment and fell against the US dollar. Although the downward movement of the GBPUSD pair is more connected with the demand for the US dollar due to the aggravation of the situation with coronavirus infection in China than with the weakness of the pound itself.

Regarding the technical picture of the GBPUSD pair, most likely, an intermediate stop of the downward trend will be noted at 1.2985, while a larger support level can be seen at the January 20 low at 1.2960. It will be possible to talk about buyers returning to the market only after the BoE has assessed further prospects for the economy and the publication of a decision on interest rates and monetary policy. The bulls need an urgent return of resistance 1.3035, from which it will be possible to successfully build an upward momentum to the highs of 1.3130 and 1.3175.

Although the data on the moods of German exporters are not very important, the lack of other fundamental statistics makes us pay attention to them. The weakening of the euro and other risky assets is quite obvious, as I spoke in more detail in my morning review.

According to Ifo, the sentiment of German exporters deteriorated in January this year, as a result of which the index of expectations of exporters in the manufacturing sector fell to 0.9 in January from 2.0 in December. However, Ifo expects that the recent easing of uncertainty and the signing of the first phase of the trade agreement between the US and China will have a positive impact on global markets and will affect the situation with export orders in Germany.

As for the technical picture of the EURUSD pair, the bears pushed the euro to support 1.1000, but that was all. It will be possible to talk about the restoration of the euro only after consolidating above the high of 1.1040, and for now, the trend is on the side of sellers of risky assets, which opens a direct path to the lows of 1.0980 and 1.0960.

Performed by Eder Anderson,
Analytical expert
InstaForex Group © 2007-2020
More articles by this author
Back to the list
E-mail subscription
Benefit from analysts’ recommendations right now
Top up trading account
Get a bonus from InstaForex