Donald Trump caught in a lie. Video proves the insincerity of the US president 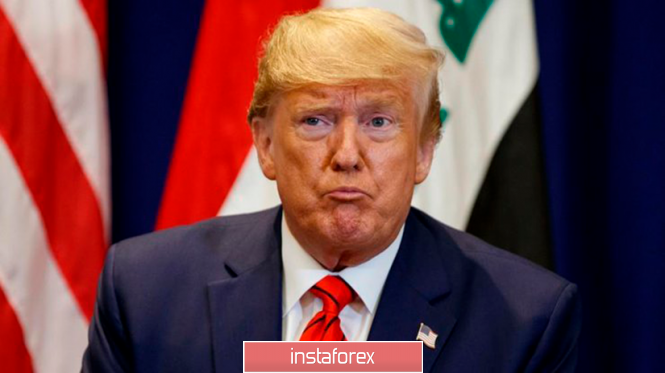 The impeachment case of Donald Trump continues to be considered in the US Senate. It is still unknown and incomprehensible when the verdict will be issued, however, the fact that the case is overgrown with new details cannot be denied. John Bolton's testimony can still be qualified as false information that has no evidence. However, what then can be generally considered evidence of Trump's guilt, even if the testimony of his former national security adviser is not regarded as the truth? Immediately after Bolton's testimony, a two-year-old video hit the net. Video of a dinner at the Trump Hotel in Washington, in which the US President, Lev Parnas, Igor Fruman (businessmen, business partners of Trump's personal lawyer Rudolph Giuliani) took part. Who filmed this dinner remains a mystery. It was also attended by several other minor characters who have no significance in the whole matter. So, as you can clearly see and hear from the video, Trump, Fruman and Parans discussed the activities of the US ambassador to Ukraine Marie Yovanovitch, as well as Ukraine itself. Fruman and Parnas thanks Ukraine for the help and can hold out for some time (meaning the situation in the Donbass), and it is better to get rid of Ambassador Yovanovitch, as she says to everyone that Trump will soon be impeached, after which Trump gives the order "Get rid of her." A year later, Marie Yovanovitch will be recalled from Kiev, and she will become one of the main witnesses in the Trump case on abuse of authority. Trump's defense has already commented on this review. According to Giuliani, the US president has every right to appoint and remove ambassadors from office at any time, and even without explanation.

However, this is not the most interesting. Trump said earlier that he was not familiar with Parnas and Fruman, but the record proves the opposite. Not only knew, but also talked and conducted business. Trump previously stated that he is doing business with hundreds of people, some of whom he can really forget. It seems that approximately such an explanation is preparing to be voiced now.

Thus, the situation at the moment looks like this. Democrats insist on inviting Bolton to testify at the Senate. However, in order to do this, they need the votes of at least four Republicans, since their own number in the Senate is 47. If these four votes cannot be obtained, they will not be involved in Bolton. At the same time, Republicans want to see Joe Biden or Hunter Biden in the Senate to testify about their activities in Ukraine. For obvious reasons, the Democrats do not want this. In general, the whole thing still resembles more political games, a political conspiracy, a redistribution of power in the US government. Obviously, Joe Biden and his son are clearly not suspected of crossing the street at a red light. But Trump's fault is obvious. It's not even Yovanovitch's matter, but Trump's desire through Ukraine to denigrate his main rival in the fight for the presidency or even eliminate him. Thus, it is impossible to say that Democrats are 100% right, and Republicans are not. In the same way, the opposite conclusion cannot be made. Thus, we, ordinary citizens and traders, can only watch the process and wait for it to end. In fact, now it all comes down to getting the answer to the question: "Whose ratings will decline after the Senate, Joe Biden or Donald Trump? It is unlikely that the Senate will indeed approve of impeachment to the president. At the same time, experts note that the rating of the current president of the United States is now at its highest values, but will the American people want to vote for Trump a second time?