The pound paired with the dollar is slowly but surely sliding to the support level of 1.2950. After a sharp jump in the middle of the 31st figure, the price began to decline gradually, yielding also to the strengthening of the US currency. The temporary strengthening of the pound was due to the growth of the UK labor market. A relatively good report supported the pair, which was under pressure from disappointing releases. But this support was of a short-term nature, since all other (almost all) fundamental factors played against the pound. It is even amazing how the pound stayed within 30-31 pieces for such a long time, given the negative fundamental background for GBP/USD. Only relatively rare news regarding the implementation of the "soft" Brexit fueled interest in the pound. In general, the prospects for the pair look rather gloomy - even if the Bank of England takes a wait-and-see attitude the day after tomorrow. 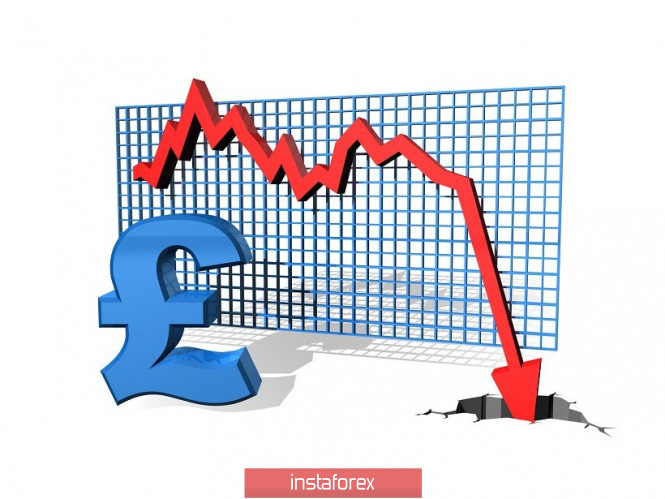 Let me remind you that the last surge in interest in the British currency was due to two factors. First, the House of Lords, after a brief "bickering," approved the Brexit bill. On the one hand, this decision was expected, but on the other hand, there was a risk of "legislative ping-pong" - the bill would be considered several times by the Lower and Upper Houses of Parliament. There are no time limits for such a ping-pong, but the time allotted for negotiations was gradually drawing to an end. Therefore, when the peers nevertheless approved the deal, the pound received substantial support. Further procedural aspects (the signing of the document by the queen, ratification by the EU authorities, Boris Johnson's signing of the deal) were practically ignored by the market, despite their historical importance. But from the point of view of the foreign exchange market, Brexit has already taken place de facto, therefore ceremonial events have already slightly worried traders.

The GBP/USD pair was further supported by the British labor market. Firstly, unemployment remained at a record low level of 3.8%, and secondly, the level of salaries (including premiums) remained at 3.2% in annual terms, although experts predicted a decrease to a three percent level. The growth rate of applications for unemployment benefits reached 14 thousand, but analysts expected it at higher values (from 40 to 50 thousand), so the actual result met the demands of investors. After this release, rumors appeared in the market that the English regulator would take a wait-and-see attitude at the January meeting, thereby giving the British economy a chance to independently get out of this situation - without additional help from the central bank.

The Bank of England may indeed maintain the status quo in monetary policy this Thursday. But at the same time, if the regulator's members do not announce a rate reduction at the next meetings, they will probably take an extremely dovish position, thereby putting additional pressure on the pound. In addition, it can be said with almost certainty that the number of those who voted for the rate cut will increase to three - these are Vlieghe, Saunders, and Tenreyro recently joined them. If at least one other member of the Committee joins the dovish wing, then the pound will again fall under the wave of sales (after all, in this case four out of nine members of the regulator will vote for a rate cut).

By the way, some currency strategists do not exclude the option of reducing the rate as early as January 30. Their arguments sound convincing - the UK GDP indicator has been steadily declining, inflation has been growing at the slowest pace since 2016, retail sales have completely collapsed into the negative area, despite the pre-holiday December period. All of these factors can push members of the BoE to decisive action. Mark Carney did not exclude the likelihood of easing monetary policy (by the way, this will be his last meeting as the head of the English regulator). And although his position is accompanied by a multitude of "ifs," he is generally ready to support the British economy. 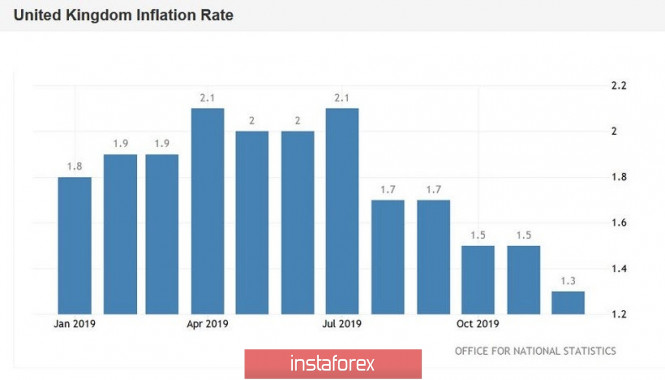 Thus, the British currency, in my opinion, is in any case in a disadvantageous position. The pound will instinctively jump across the entire market if the BoE leaves the interest rate unchanged. But the subsequent comments by the head of the central bank, which are likely to be of a dovish character, offset the initial optimism. If the regulator lowers the interest rate, then the pound will dive further, since this scenario is not taken into account in prices by 100%. Also, one should not forget about the pressure of the US currency, which is growing due to panic in the market. This combination of fundamental factors will make it possible for GBP/USD bears to reduce the price not only to the nearest support level of 1.2950 (the lower line of the Bollinger Bands is at D1), but also to approach the next support level, which is 100 points lower (i.e. 1.2850 - this is the lower boundary of the Kumo cloud on the same timeframe).