GBP/USD. Pound is back on horseback: Boris Johnson revamped the government and ousted Javid

The pound turned out to be a "tough nut": despite the general hegemony of the US dollar, the sterling in the GBP/USD pair is showing character. The bulls of the pair were even able to update the high of the week after reaching multi-month lows. Such "stress resistance" of the currency looks rather abnormal, given the burden of negative fundamental factors. But the fact remains: buyers of the pair use any reason to return in the region of 30 figures. Today, the round ended with the GBP/USD bulls - but this does not mean that they will be able to just as easily reverse the trend, offsetting the pressure of sellers. 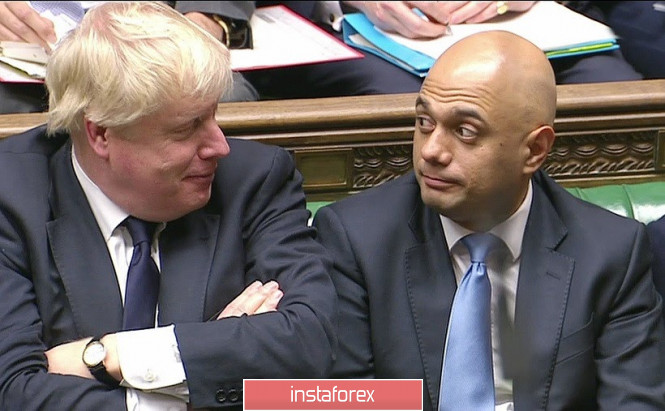 The fundamental background for the British currency has recently been controversial. In late January, the Bank of England made it clear that it was ready to maintain a wait-and-see attitude, but subject to the restoration of key parameters of the British economy. This plot twist turned out to be in favor of the pound, as most market participants expected an announcement of a rate cut at the next meetings. But the euphoria of the pair's buyers did not last long - after a few days the pound again fell under the wave of sales against the backdrop of political uncertainty. This time the "Scottish Question" emerged. The first minister of this region of Great Britain, Nicola Sturgeon, announced that Scotland intends to return to the European Union "as an independent nation." She specified that she would continue to seek a second referendum on independence, despite the categorical refusal of London. Prospects for political instability put pressure on the pound, and the pair plunged below the 1.3000 mark.

At the beginning of this week, the pound again received a reason for its growth: data on the growth of the UK economy were slightly better than expected. Instead of falling to the level of 0.8% in the fourth quarter, the GDP growth indicator (in annual terms) reached 1.1% - that is, practically at the same level as in the third quarter. Speaking directly about the December growth, here the indicator also exceeded experts' expectations - the indicator left the negative area and reached 0.3%. But investors are not pleased with the volume of industrial production - in annual terms, the indicator remained in the negative area, while in monthly terms, although it crossed the zero line, it grew weaker than forecasts (up to 0.3% instead of 0.5%). But in general, the published figures made it possible to count on maintaining a wait-and-see position on the part of the English regulator. This fact extinguished the downward momentum of the pair, turning the pair 180 degrees.

Today, the pair's growth has continued. The pound not only returned to the 30th figure, but also updated the high of the week. But in this case, macroeconomic statistics have nothing to do with it. The British currency reacts again to Downing Street's policy, which provokes more significant volatility than macro reports. The fact is that Boris Johnson revamps his Cabinet of Ministers today. In particular, Finance Minister Sajid Javid resigned.

Initially, the pound reacted with caution to this fact. Javid previously voiced a rather controversial rhetoric regarding the prospects of the negotiation process with Brussels. For example, in Davos, he said that a trade deal with the EU could be concluded before the end of this year, that is, before the end of the transition period. The minister assured those present that the parties will be able to agree on a deal in both trade in goods and services. However, later he rather harshly and categorically assessed the prospects for negotiations. In other words, his departure was not a big loss for GBP/USD traders - neither for bulls, nor for bears. The participants in the foreign exchange market were interested in another question: in which direction does the pendulum of sentiment swing at Downing Street? Why did Johnson decide to "shuffle the cards"? 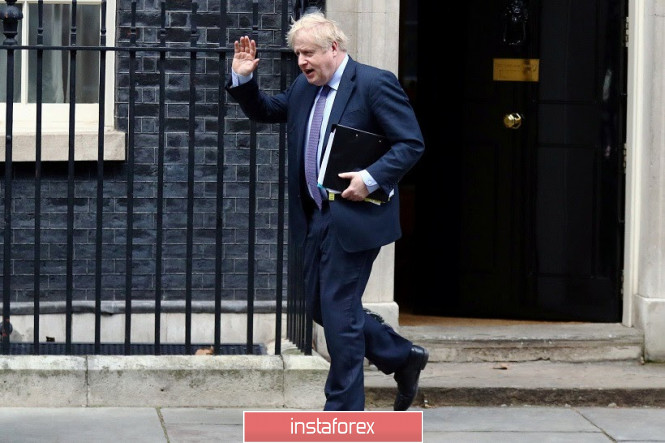 As a result, the market came to the conclusion that the renewed team will work more closely, and this fact will increase the "negotiability" of the government in talks with the Europeans. It also turned out that Johnson had a personal conflict with Javid - for example, the head of the Ministry of Finance rejected the prime minister's request to remove his advisers and replace them with candidates proposed by the government. This incident allegedly became the "last straw", after which Johnson invited him to voluntarily leave the Cabinet. Treasury Secretary Rishi Sunak has been appointed the new Minister of Finance. Previously, he served as chief secretary, but was not a member of the cabinet. Sunak was not caught in "aggressive anti-European" rhetoric, although as a conservative and supporter of Johnson, he adhered to his political course.

In general, the market came to the conclusion that Johnson's renewed team will be able to resolve the differences both in the Conservative Party and in the country as a whole. In addition, despite the dismissal of five cabinet ministers, key figures retained their posts. In particular, Foreign Minister Dominic Raab, Minister of the Interior Prity Patel and Minister Michael Gove remained in their posts.

Thus, news from the British political front strengthened the pound, although these fundamental factors are short-term. Ahead are very difficult negotiations, which will continue to be accompanied by harsh comments by politicians, both from Brussels and from London. Therefore, the current growth of the pair is just a correction, which at the time of writing these lines has already stalled. Buyers could not overcome the resistance level of 1.3050 (the middle line of the Bollinger Bands indicator on the daily chart), therefore, a retreat to the bottom of the 30th figure is likely in the next day.