On Thursday, Sajid Javid left the post of the Minister of Finance of Great Britain, and Deputy Rishi Sunak moved into his chair. He is considered to be an associate of Prime Minister Johnson and investors believe that together they will raise government spending through an increase in public debt. The pound grew 85 points. 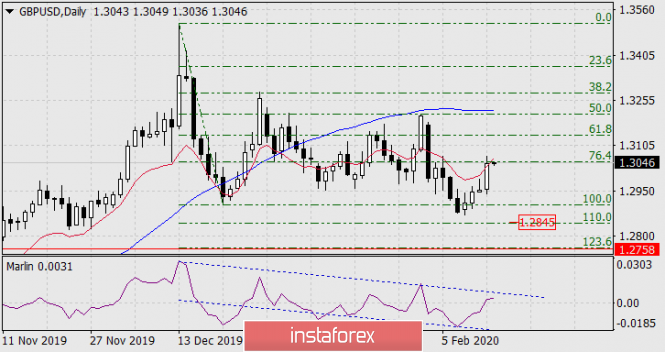 The pound's growth stopped at the Fibonacci level of 76.4%, the balance line provided additional resistance. The signal line of the Marlin oscillator came close to the upper boundary of its own channel. From current levels, we are waiting for the price to turn down. Help can come from today's data on retail sales and industrial production in the United States. The forecast for January retail sales is 0.3%. Industrial production is seen at -0.2%, but we expect it to be slightly better than expected. Even a -0.1% indicator can inspire traders to buy dollars for the simple reason that the US economy remains significantly better than the European one. We look forward to the pound's fall to the Fibonacci level of 110.0% at the price of 1.2845, which approximately corresponds to the lower boundary of the channel of the Marlin oscillator. 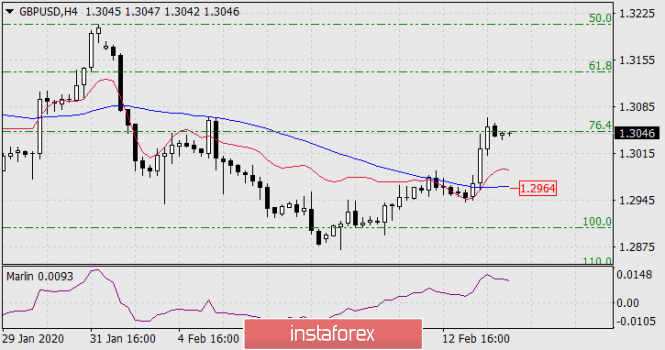 Performed by Laurie Bailey,
Analytical expert
InstaForex Group © 2007-2020
More articles by this author
Back to the list
E-mail subscription
Benefit from analysts’ recommendations right now
Top up trading account
Get a bonus from InstaForex