EUR/USD: dollar continues to show strength, but its position does not look so unwaverable 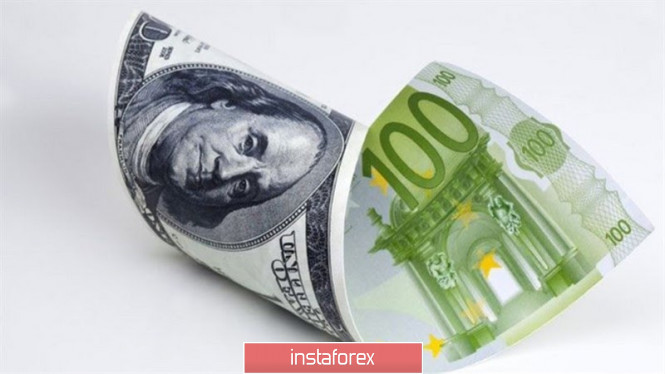 Unlike its main competitor - the US dollar, which showed the best start since 2015, the euro seriously upset its fans. The greenback is favored by factors such as increased demand for defensive assets due to the coronavirus epidemic, strong statistics on the United States and more preferred (compared to peers) rates on the US debt market. The euro is being pulled to the bottom by unresolved issues on Brexit, the deterioration of the political landscape in the EU, disappointing macro statistics on the eurozone and the threat of a trade conflict between Washington and Brussels.

European GDP expanded by a modest 0.1% in the fourth quarter, while the German figure did not show growth at all. Experts recently interviewed by Reuters believe that by 2022, eurozone GDP will increase on average quarterly by 0.2-0.3, and by the end of 2019 it will accelerate by 0.9%. Given that the largest countries in the eurozone - France and Germany - receive about 40% of their income from foreign trade, there is reason to believe that in the near future the economy of the currency bloc may face even greater difficulties amid a slowdown in the growth of Chinese GDP associated with the epidemic coronavirus.

The successors to Angela Merkel as German Chancellor intend to fight for power in the country. The United Kingdom and the EU can not yet find common ground on a trade deal, which increases uncertainty and contributes to the outflow of capital from the EU. The ECB's ultra-soft monetary policy has made it unprofitable for both Europeans and banks to keep funds "at home" because of negative rates in the region. 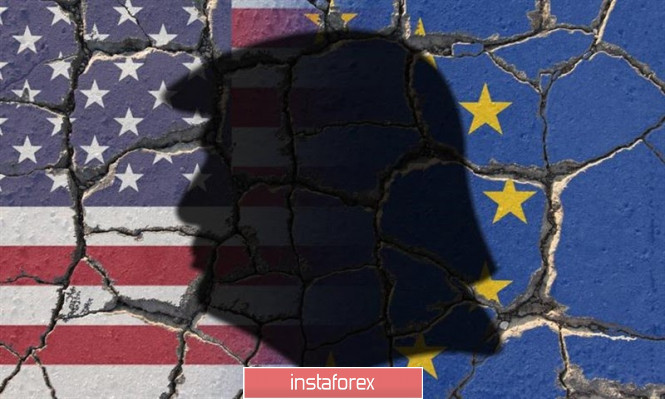 Last weekend, the US trade mission reported that in March, Washington will increase the duty on aircraft imported from the EU from 10% to 15%. Apparently, these are just flowers. Over the past ten to twelve years, America has had a huge deficit in foreign trade with the EU. According to the head of the White House, Donald Trump, European duties on American goods are too high. Therefore, it is not surprising that the data on European trade balance published last Friday aroused the anger of the owner of the Oval Office. The trade surplus of the eurozone with the United States increased by 11% in 2019, to €152.6 billion. Obviously, after reaching a trade deal with Beijing, the White House intends to use all leverage to conclude an agreement with the EU.

The weakness of the eurozone economy, increased political risks in the region and concerns about a trade war between Washington and Brussels are forcing investors to get rid of the single European currency. The EUR/USD pair sank to its lowest level since April 2017.

Investment banks have already begun to actively reduce forecasts for the main currency pair. In particular, Credit Agricole analysts believe that at the end of 2020 EUR/USD will be trading near 1.13, and not at 1.16, as previously assumed. Danske Bank specialists went even further: they expect to see the euro fall in December not to $1.15, but to $1.08.

However, it should be recognized that the positions of the greenback do not look so unshakable. Data on US retail sales for November – December were revised downward, while industrial production in the country decreased for the fourth time in the last five months. This allowed Goldman Sachs and Barclays to lower forecasts for US GDP growth in the first quarter from 1.7% to 1.4% and from 1.5% to 1.1%, respectively. Therefore, one should not be surprised that the minutes of the January meetings of the Fed and the ECB will be used by speculators in order to take profit on shorts in EUR/USD. In this regard, the breakthrough of the bulls of resistance at 1.0870 will increase the likelihood of a pullback.