GBP/USD. February 21. Analysis of COT reports for the pound over the past 5 weeks 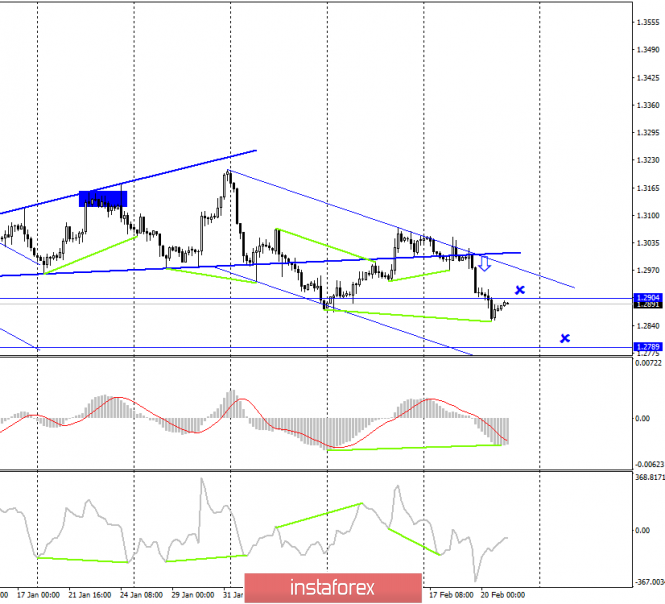 Good afternoon, dear traders! Here's a graphical analysis of the GBP / USD currency pair speaks in favor of a restrained "bearish" mood. The downward trend range maintains good prospects for the decline of the British quotes; however, the pair often has corrections and pullbacks. Let's try to figure out what is happening with the Briton by reviewing COT reports over the past 5 weeks. 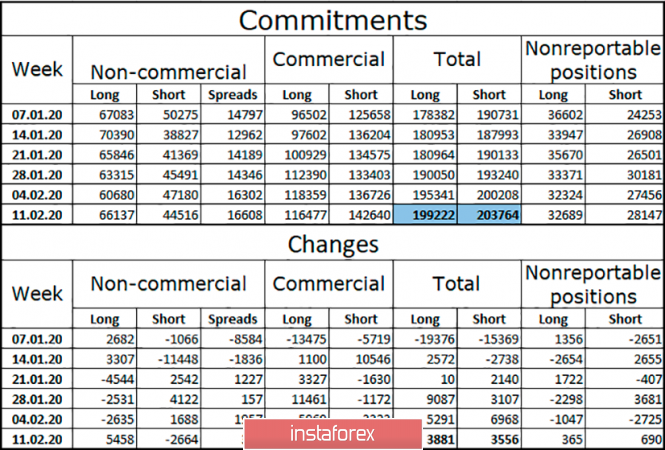 The first thing that immediately catches your eye is the lack of a clear advantage of bulls or bears in the market. According to the latest report for February 11, the total number of open long and short positions was approximately equal: 199,222 contracts versus 203,764 contracts. Thus, based on these figures, we can conclude that the advantage is now minimal for bears, and it is for hedger bears, since the Non-commercial group is more in long-positions. But, having studied the Changes section, we clearly see that speculators in the last three weeks until February 11 practically did not change the ratio of long and short positions. The Commercial group has grown over 10,000 longs. Thus, in general, we can say that the advantage remains with sellers, but it is small, so for now we should not expect a strong drop in the pound.

Non-reportable positions - small traders who do not have a significant impact on the price.