GBPUSD and EURUSD: the British pound has risen sharply and is fighting back against the US dollar. The euro cannot determine its future direction

The euro regained its position slightly against the US dollar, however, the growth was short-lived. After which the bears re-entered the game, gradually pushing the pair to the lows of the year. The growth occurred against the backdrop of mixed indicators for PMI activity indices, although it can already be noted that the spread of coronavirus to the euro area only slightly affected production activity, while the service sector showed good growth at all. 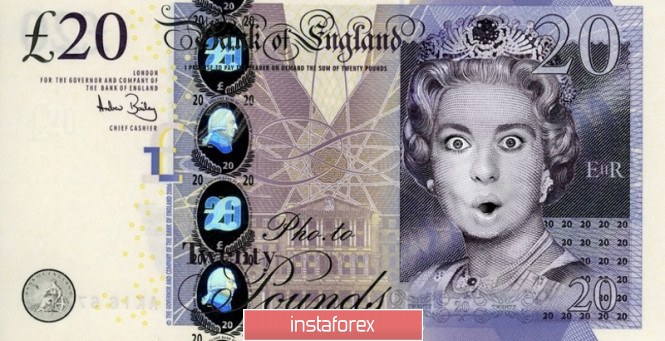 Even if the data is preliminary, a positive trend in the indices will favorably affect the appetite for risky assets.

According to Markit data, the preliminary purchasing managers' index (PMI) for the French manufacturing sector declined in February, dropping 50 points to 49.7 points, indicating a contraction in the sector. In January, the manufacturing PMI was 51.1 points. Economists had expected a decline to only 50.8 points. As for the service sector, there are no problems. In February, the index rose to 52.6 points against 51.0 points in January, with a forecast of 51.3 points.

But in Germany, both indices performed well, given the negative statistics released recently. For investors and traders, the current indicators are a "breath of fresh air". According to the Markit report, the preliminary purchasing managers' index (PMI) for Germany's manufacturing sector rose to 47.8 points in February, compared with 45.3 points in January. Although the manufacturing sector continues to decline, as the index is below 50 points, the data please the traders. Economists had forecast the index falling to 44.8 points. The preliminary purchasing managers' index (PMI) for the German services sector fell slightly in February to 53.3 points, however, the activity continued to grow. In January, the index was 54.2 points and economists had expected a decline to 53.7 points.

In the eurozone as a whole, a report published by IHS Markit indicated that the purchasing managers' index for the eurozone manufacturing sector rose to 49.1 points in February, almost reaching 50 against 47.9 points in January. The PMI for the services sector in February reached the level of 52.8 points.

The data on inflation failed to please and completely coincided with the forecasts of economists, which did not affect the market since it has long been clear that additional measures from the European Central Bank or a minimum healthy growth of the economy are necessary for its growth.

According to the report, the consumer price index (CPI) of the eurozone in January this year fell by 1.0% compared to December and increased by only 1.4% compared to the same period in 2019. The data fully matched economists' expectations. Core inflation, which does not take into account volatile categories, fell by 1.7% in January compared to December and increased by 1.1% year-on-year. The eurozone consumer price index excluding tobacco products fell by 1.0% in January and rose only 1.3%, far from the 2.0% target.

As for the technical picture of the EURUSD pair, it remained unchanged. The bulls are protecting the level of 1.0785, however, there are no active purchases from major players. Most likely, a break of 1.0785 will return the downward trend to the trading instrument, which will lead to an update of the lows of 1.0740 and 1.0700. The bears' longer-term goal is a 2017 low around 1.0500. It will be possible to talk about building an upward correction only after the return of the level of 1.0820, which will ensure the growth of risky assets to the highs of 1.0860 and 1.0890.

The pound decided to follow a logical scenario, and after the data on the composite index of UK supply managers for February of this year, it strengthened against the US dollar. The growth of the index is in addition to good indicators for the labor market, inflation and retail sales, which indicates a recovery in the economy at the beginning of this year. This once again confirms market participants' expectations that the Bank of England's monetary policy committee will not have to ease policy and lower interest rates at its next meeting in March.

According to the report, the composite purchasing managers' index (PMI) in February this year remained at 53.3 points, and index values above 50 indicate an increase in the activity. The manufacturing PMI rose to 51.9 points in February from 50 points in January, while economists again expected it to fall to 49.7 points. The PMI for the services sector also remained above 50 points, falling only to 53.3 points from 53.9 points in January.

In general, the technical picture for the pound is still on the side of sellers, but today's sharp response from buyers is still returning a positive mood to the market. Bulls need to close the week above the support of 1.2920, which will maintain the upward momentum. Even a breakdown of 1.2920 will not cause panic since it is quite possible that buyers will try to build a new border of the ascending price channel around the support of 1.2890. If we talk about sellers, they confidently formed the upper border of the downward channel from February 18, which still keeps the market on their side, but the fight promises to be tough.

Performed by Eder Anderson,
Analytical expert
InstaForex Group © 2007-2020
More articles by this author
Back to the list
E-mail subscription
Benefit from analysts’ recommendations right now
Top up trading account
Get a bonus from InstaForex