EUR/USD evening review for April 03, 2020. Market stuck in the range, to wait for the US state on Monday 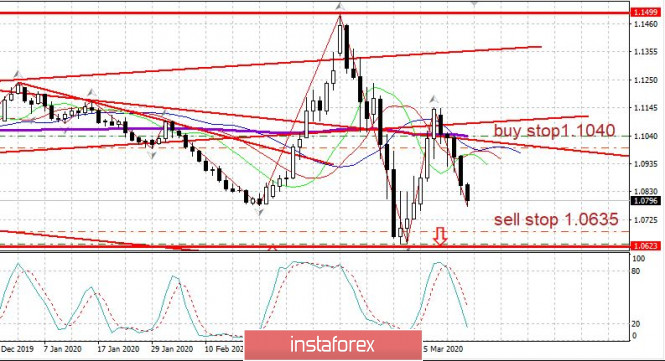 Them US employment report for March was released which showed less than 700 thousand jobs and an increase in the unemployment rate from 3.8% to 4.5%.

In the past years, Eureka would either soar up or drop-down, but now it stands still.

The data from March serves as a recollection of the Tatar invasion. Over the past two weeks, the number of new unemployment benefits in the United States amounted to almost 10 million.

The US administration pays huge sums of money to businesses and households in the midst of the pandemic, after all, there are almost 250,000 infected in the United States.

In Moscow, Russia the number of infected cases is still at 3,500 which is so far an exponential increase, and the quarantine is still to last until April 30th. Amid this quarantine, the Russian authorities do not propose to pay people who find themselves in FORCED non-working condition.

This was directly stated by Sobyanin, the mayor of Moscow, saying that, "The budget will not stand. We believe that the business has enough money to pay a month of vacation to employees."

Germany, on the other hand, paid their forced "vacationers" employees at about 3 Salaries. That is without any inquiries, just on request and within a day.

The market will be waiting for the pandemic update in Italy, Spain, and the US on Monday.