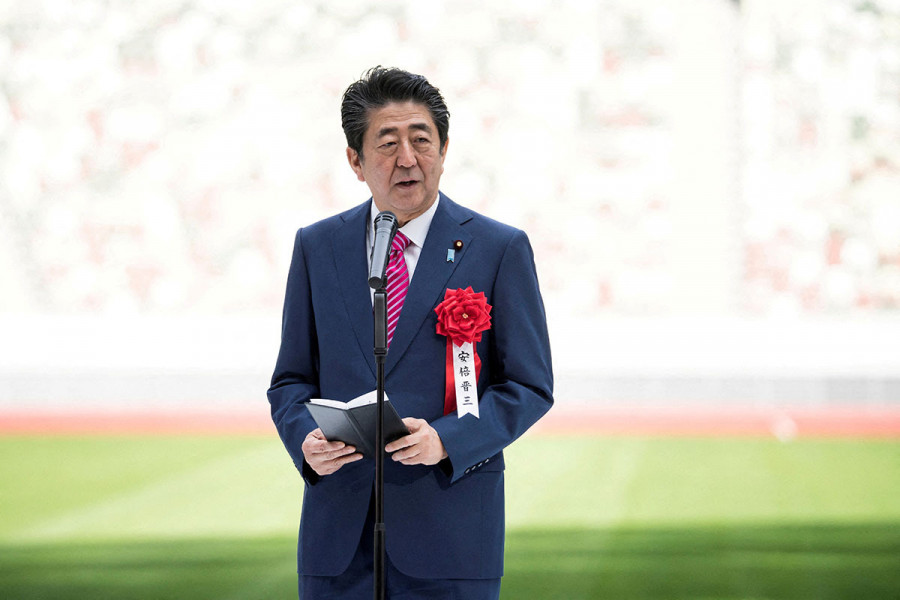 The Japanese yen moved upwards slightly following first reports of an assassination attempt against former Prime Minister Shinzo Abe. JPY reversed downwards almost immediately, but Abe's death could have some effect on the Japanese yen's performance.The yen spiked by 0.5% against the dollar at one point. US Treasury bonds also increased, as investors sought safe-haven assets.Analysts and economists have made a number of outlooks on JPY. Some claim a shift in BoJ's policy is likely, while others expect the event to have only a short-term effect on the markets. On Sunday, elections to the upper house of the Japanese parliament will be held.

What are the implications?

Former PM Abe was a well-known figure, very popular abroad and respected by investors. Abe pulled the strings of the Japanese economy from behind-the-scenes - he was the creator of the "Abenomics" economic policy. Abe's death might give an impression that the Bank of Japan could adopt a different monetary policy. If the BoJ abandons its stance on monetary easing, it would disappoint market players."Abe had been supporting Bank of Japan Governor Kuroda. The bank's policy could change as they would lose that backing," Tomoichiro Kubota, senior market analyst at Matsui Securities said."This may have an impact in the medium to long-term, and the markets will see a considerable appreciation of the yen and a decline in stock prices," he added.The yen has shown a safe haven bid today, as political risks had an additional premium ahead of the weekend election. There may be sympathetic support for the Liberal Democratic Party at the election. Given the lack of details, JGB market players are likely to take a wait-and-see stance.At this point, it is unclear whether the yen would extend its upside momentum or not. The fact that Abe was a former PM could prove key, limiting the market reaction.JPY remained in the trend channel in the run-up to the release of US non-farm payrolls. The US payroll data could seriously affect the yen's performance.

Will non-farm payrolls shake up JPY?

Previously, US non-farm payroll data was one of the most anticipated data releases, However, market reaction to this data could not be as strong as before, as the Fed focuses on fighting inflation.Nevertheless, the NFP report could be a market driver, as investors still see it as a benchmark for the US economy. Economists expected the US economy to create 275,000 jobs in June, down from 390,000 in May. Investors could interpret weak NFP data as a signal of an economic slowdown, putting pressure on USD/JPY.

What will save the yen?

Up until this point, the Bank of Japan continued to stand by its monetary easing policy. Due to interest rate hikes in the US and around the world, JPY lost 15% against USD this year. The Japanese currency also retreated against a wider basket of currencies, falling to the lowest levels since the 1970s.Many traders think the monetary policy divergence was the main reason for JPY's slump. BoJ Governor Haruhiko Kuroda claims Japan does not have to hike interest rates to the extent shown by the Fed, thanks to low inflation in the country.

There is a lot of speculation on whether traders should take advantage of the slump and go long on JPY. Unforeseen global developments could at some point seriously drive up the yen's defensive bid. As market players give contrasting recommendations, some even question JPY's weakness and whether it needs support or not. There are reasons to believe that it is necessary.

So what can push the yen upwards?

JPY has been sliding down due to fundamental factors and not market speculation. A reassessment of monetary policy by the Bank of Japan would increase the yield of Japanese government bonds, decreasing the gap between Japanese and American interest rates. This would boost the yen in the short term amid US Treasury yields approaching their peak. Lifting travel restrictions for foreign tourists would add additional support for JPY.

Currently, USD/JPY is likely to be highly volatile in the future. A steady upward trend for JPY would require fundamental changes of trade flow patterns, as well as significant policy adjustments that would go beyond economic aspects.