Forex Analysis & Reviews: The dollar remains the first violin in the EUR/USD pair, and the euro is afraid to make a mistake 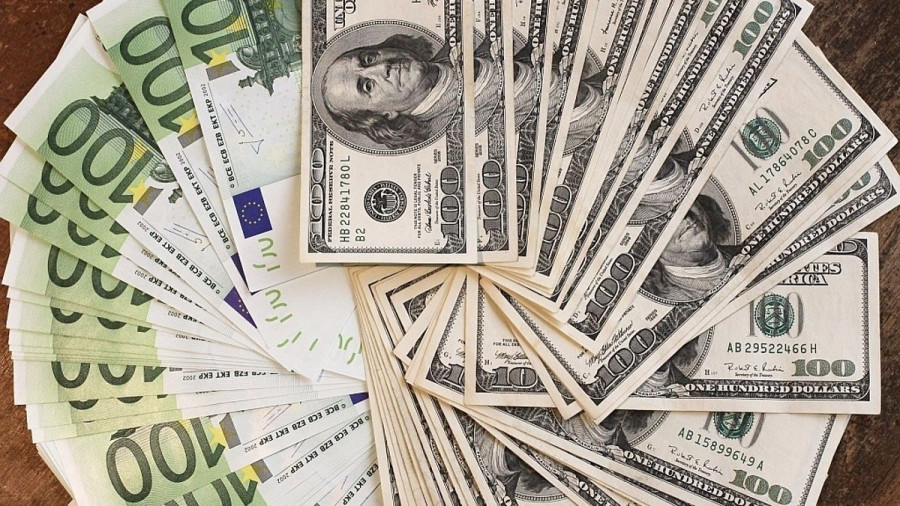 The beginning of this week once again gave the dollar confidence in its strength, which cannot be said about the euro. The latter expects to bounce back after a series of losses, but fears a new decline. Many experts believe that the euro has no room for error.

Currently, the greenback continues the difficult path to strengthening. On Monday, July 25, market participants are preparing for a sharp increase in interest rates in the US (by 75 bp to 2.25-2.5% per annum). This is expected to take place on Wednesday, July 27th. In the current situation, the market is dominated by the risks of a decline in economic growth, so investors once again go to safe assets, in particular, gold and the dollar.

The current economic situation is characterized by the greenback's rise against key world currencies, primarily the euro. On the morning of Monday, July 25, the latter sank a bit in anticipation of information about the business climate in Germany. According to preliminary calculations, this indicator fell to 90.5 points from the previous 92.3 points. Against this backdrop, the EUR/USD pair was trading at 1.0200, retreating from the previous session's closing level of 1.0210. 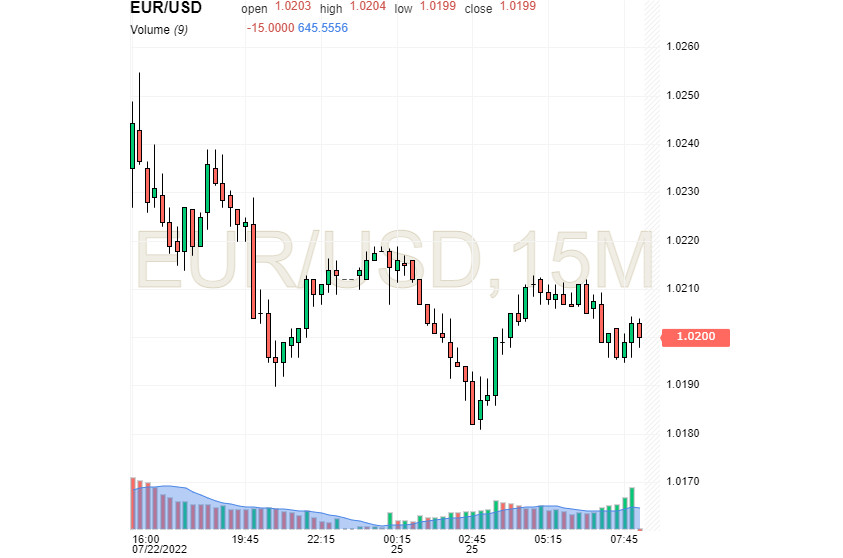 The current situation negatively affects the exchange rate of the single currency. Last week, the European Central Bank raised its base deposit rate by 50 bp after eight years of negative interest rates. At the same time, the consensus forecast suggested an increase of only 25 bp. According to experts, the ECB's decision is due to concerns about further acceleration of inflation. Against this background, the risk of a possible recession, which was previously relevant, fades.

A further rate hike is planned by the ECB on September 8 this year. At the same time, the pace of monetary tightening by the ECB is very different from those of the Federal Reserve. According to analysts, this figure is significantly behind the results shown by other global central banks. Recall that last month the Fed raised the rate by 75 basis points and is now ready for similar actions.

According to ECB President Christine Lagarde, such a decision is explained by the need to combat galloping inflation, primarily with a large-scale increase in food and energy prices. We note that the target inflation rate is likely to exceed 2%, as inflation in 19 eurozone countries is approaching double digits. In the event of a serious shortage of gas in winter, a further increase in energy prices is possible, experts emphasize.

The ECB officials also agreed on additional assistance to major eurozone debtor countries, including Italy, and introduced a new bond purchase scheme (TPI). Its goal is to prevent an increase in the cost of borrowing for EU member states in the course of tightening the monetary policy of the central bank. When launching this tool, the ECB focuses on public sector bonds with maturities of 1-10 years.

In this situation, the ECB does not rule out a slight devaluation of the European currency. The bank believes that moderation will not hurt the euro. We note that this process is proceeding smoothly, despite the weak economic outlook for the eurozone amid dependence on energy imports.

The strengthening of the dollar contrasts sharply with the fluctuations of its opponent in the EUR/USD pair. According to analysts, the strengthening of the greenback is a pro-inflationary factor for the global economy. However, now a strong USD is not beneficial even to the American authorities, who are actively fighting inflation, which has exceeded 9%. At the same time, only the US authorities can stop the dollar's growth, experts are sure.

A strong US currency negatively affects the ability of developing countries to service their external debts, a large part of which is denominated in USD. In such a situation, their maintenance requires a large number of national currencies. A weak greenback allows the countries of emerging markets to repay their debts in time and in full and increase trade.

The current cycles of strengthening and weakening the dollar are confusing market participants. At the moment, the growth of the USD exchange rate is working to reduce inflation and cool the economy, following the current Fed strategy. In addition, the current situation works for the authority of the greenback, strengthening its position.

In the coming months, the dollar's growth will be uneven, with occasional technical rollbacks. However, the US authorities can stop it at any time. This is possible in the event of a sharp reversal of the current cycle of tightening monetary policy. However, the Fed is unlikely to take such measures amid raging inflation, experts believe.

2248
Can't speak right now?
Ask your question in the chat.