The test of 1.0074 took place at the moment when the MACD was just starting to move below zero, which was a good signal to sell. Considering the weak statistics that came out on the German economy, it was not surprising that the pair fell by 30 pips. Buying at 1.0043 also did not bring much profit. 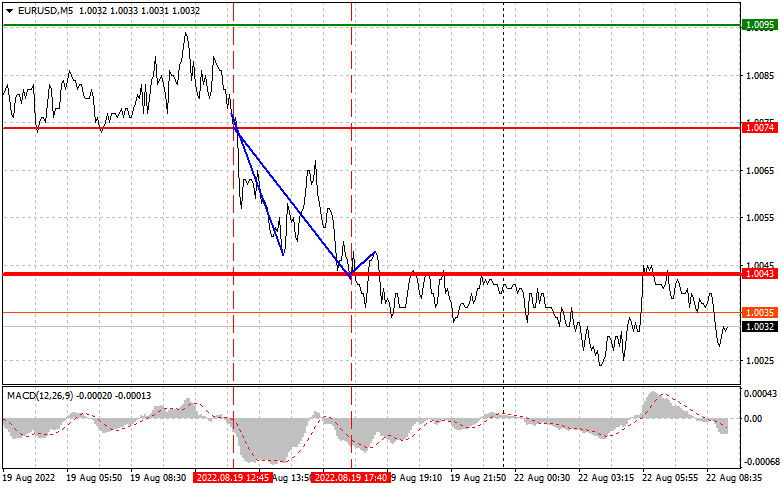 The increase of producer prices in Germany to 5.7% in July hurt the economy and forced the European Central Bank to act more aggressively in terms of raising interest rates, which, in normal times, should have led to a rise in euro. However, this is not the case right now as the economy is rapidly moving into recession.

There are no important statistics that could drastically affect the market direction today, and it is likely that the report from the Bundesbank will be ignored as it is of little interest. In the afternoon, apart from the National Activity Index of the Chicago Fed, there is also nothing interesting to look forward to, so expect EUR/USD to trade horizontally.

Buy euro when the quote reaches 1.0047 (green line on the chart) and take profit at the price of 1.0092. However, there is little chance for a rally today, especially since a bearish market is brewing.

Sell euro when the quote reaches 1.0018 (red line on the chart) and take profit at the price of 0.9969. Pressure will most likely continue, so sell at every opportunity. 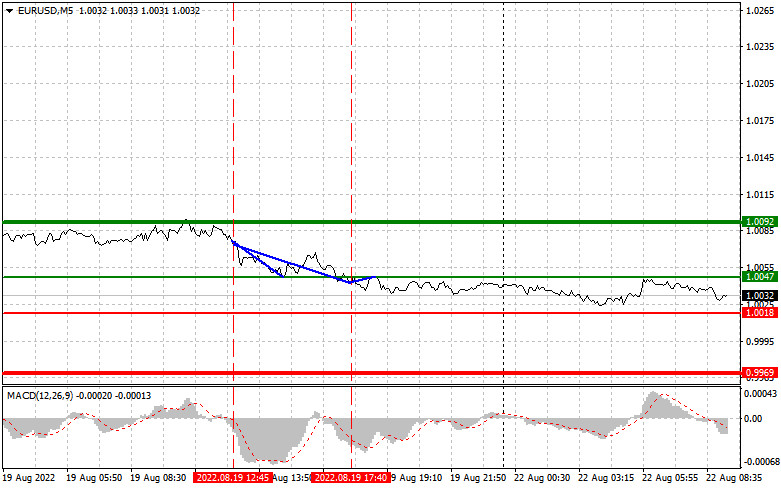 The EUR/USD pair continues to move sideways in the short term as the Dollar Index moves somehow sideways as well. It's trading at 1.0868 at the time of writing above

The currency pair continues to move somehow sideways in the short term. It's located at 129.91 at the time of writing and it seems undecided. Technically, the current range

1138
Can't speak right now?
Ask your question in the chat.