On Tuesday morning, Bitcoin showed a sharp increase of nearly $1,000. At the time of writing, it has climbed above the key psychological level of $20,000 and is trading at $20,215. 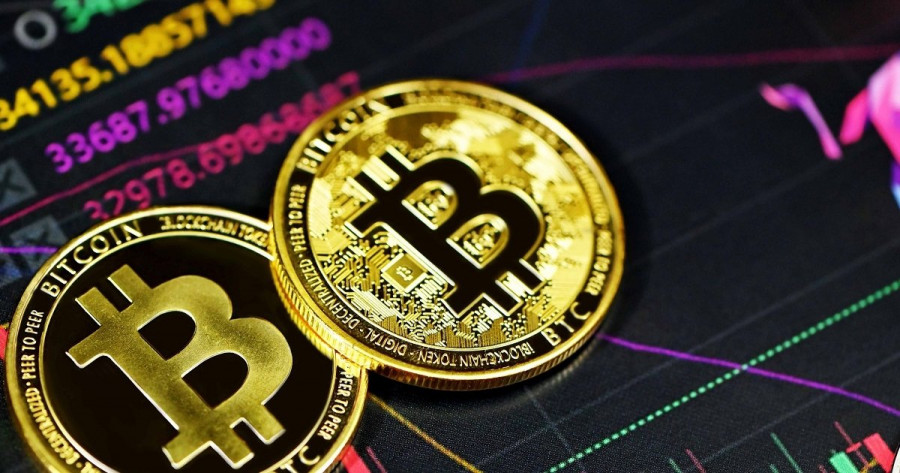 According to the results of the past week, BTC decreased by 4.1% and finished at $18,900. At the same time, last Wednesday, the value of the main digital asset hit three-month lows near $18,200.

Last week. the loud collapse of the first cryptocurrency was triggered by the announcement of the results of the two-day September meeting of the US Fed on monetary policy.

The Fed also lowered US GDP forecasts and raised inflation and unemployment estimates for 2022-2023. In addition, US Central Bank officials said they would continue to reduce their holdings of Treasury and mortgage-backed securities and agency debt. Fresh news from the US Fed gave investors insight into the future outlook for the interest rate in an environment of persistently rising inflation.

Ethereum - the main competitor of Bitcoin - began the trading session with strong growth and tested the swing high of $1,390. On Sunday, the altcoin fell to $1,269 but later managed to return to above $1,300. At the moment, the second most capitalized cryptocurrency is approaching $1,400, near which it was last traded on September 21.

As for cryptocurrencies from the top 10 by market cap, in the past 24 hours, all coins, except for several stablecoins and XRP, were trading in the green zone. UNI, Polkadot, and Solana increased by 18.1%, 8.9%, and 7.3% respectively.

According to CoinGecko, the world's largest aggregator of virtual asset data, in the last 24 hours, Evmos dropped by 3.2% and was the top loser and the best results were shown by Terra Luna Classic, increasing by 54.3%, among the top 100 most capitalized digital assets.

At the end of last week, Evmos decreased by 28.6% and was also the worst-performing digital asset in the first hundred of the strongest digital assets.

According to CoinGecko, over the past 24 hours, the total market cap has increased to $1.01 trillion.

On Monday, CoinShares analysts reported that investments in cryptocurrency funds rose for the second straight seven-day period last week. With net inflows of $8 million, investments in BTC increased by $3 million and in ETH - by $7 million.

The unpredictable behavior of the digital coin market in recent days makes analysts give the most ambiguous predictions about its future. The day before, CEO of Dogifox Nicholas Merten said that BTC would collapse to $14,000.

The crypto expert came to this conclusion after analyzing technical and macroeconomic factors. For example, Merten believes that the recent price movement of BTC may signal the end of a 10-year bull cycle, after which the coin will cease to be a key asset compared to other commodities and stocks.

An important macroeconomic incentive to reduce the value of the first cryptocurrency, according to the crypto expert, can also become a recent decision of the US Fed on monetary policy.

The combination of all technical and macroeconomic factors, according to the Dogifox CEO, may push bitcoin to the bottom at $14,000. If the coin collapses to these values, its correction will be 80% of the all-time high of $69,000.

As for the immediate future of Bitcoin's main competitor, Ethereum, Merten expects the cryptocurrency to test the range of $800-$1,000, and in the worst case, its price may fall even lower.

However, there are also those who hold more positive views on the future of key players in the cryptocurrency market. Recently, Raoul Pal, a former top manager at financial conglomerate Goldman Sachs and current CEO of Real Vision, said that digital assets would experience strong growth in the coming year.

The analyst explains his optimism about the cryptocurrency market in the long term by the global economic crisis and Ethereum's Merge.

Thus, Pal believes that as ETH migrates to the Proof-of-Stake algorithm, miners who sell altcoin every day are likely to leave the market. As a result, there will be a reduction in supply and $6 billion in Ethereum will disappear from monthly sales. In this case, Bitcoin's main competitor will be less vulnerable to inflation.

In addition, the CEO of Real Vision believes that thanks to the permanently increasing demand, a declining supply of ETHs, and the environmental problems of BTC, 2023 could be a very successful year for Ethereum.

Experts from analytical company Glassnode are confident that Bitcoin may continue to trade in the range of $17,000 to $25,000 in the near term. At the same time, the tight monetary policy of the US Fed and other world regulators, as well as the negative macroeconomic background will offset all the important positive developments related to the crypto market.

Renowned cryptocurrency expert Ton Weiss recently said that BTC fans should prepare for a sharp drop. That said, the coming collapse of the asset will be "the last powerful decline before growth," Weiss concluded. The price may fall to $14,000-$15,000, where an ideal entry point for buying may occur. The capitulation of bitcoin to the specified lows, the analyst assumes, can occur already next week.

The crypto expert adds that such a strong decline in the market leader may provoke a drop in other coins.

GBP/USD. Spreading wings does not mean conquering heights. Plans for 2023

Jerome Powell, as expected, triggered volatility in the markets. Investors are now more confident in their assumptions about the Fed's interest rate, and the dollar index is down