Forex Analysis & Reviews: Recent rebound does not change the overall trend in markets (look out for a local increase in USD/CAD and USD/JPY)

Stock markets in Europe and North America bounced back on Wednesday, thanks to growing demand for US Treasuries, which put pressure on their yields and dollar. There were no special reasons for growth, but the closing of short positions after a multi-day sell-off helped the markets recover the previous losses.

However, the hawkish rhetoric of the Fed pointed to a continued increase in interest rates in the foreseeable future, so stock futures started to decline again today. Minutes ahead of the European trading session, the yield on 10-year bonds grew by 3.15% to 3.824%, while futures fell from 0.36% to 0.70%. This is a strong bearish signal for the equity markets and a significant support factor for dollar.

Due out today is Germany's data on consumer inflation and revised US GDP figures for the second quarter. Forecasts say the former will rise to 1.3% m/m and 9.4% y/y, which will prompt the ECB to raise rates again by 0.75%. But this is unlikely to stimulate a strong growth in euro as the currency is affected by the current economic situation in the Eurozone. The latter, meanwhile, is expected to show a slight decrease to -0.6%, but a much larger fall will put pressure on market sentiment, which will increase the sale of stocks and purchases of dollar. 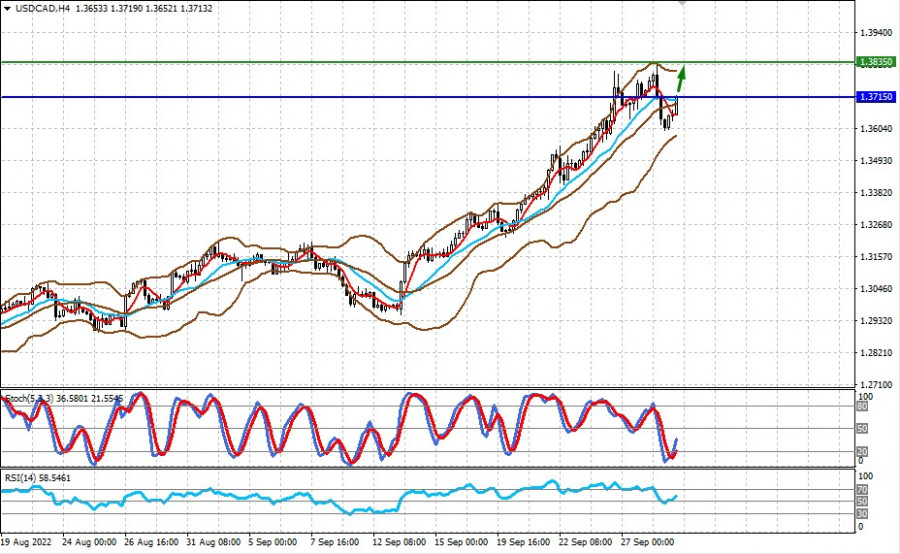 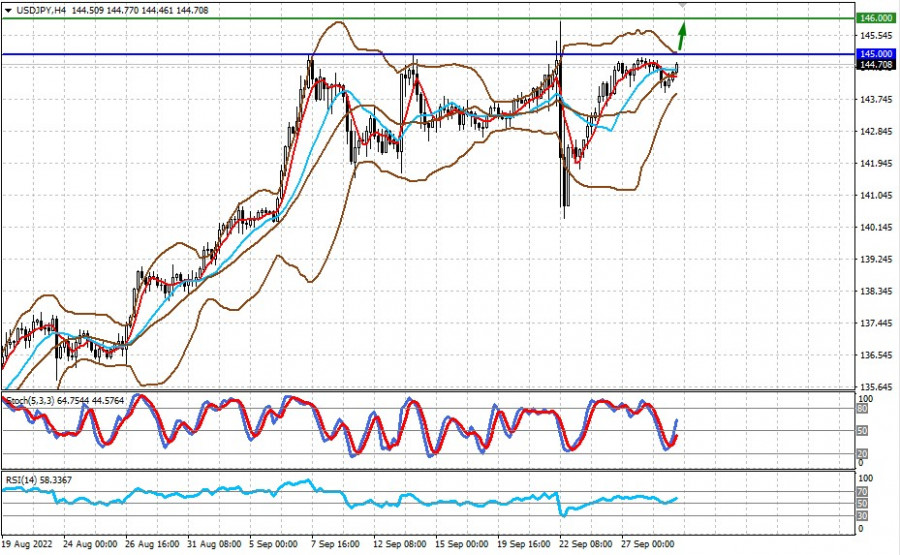 The pair is currently testing the level of 1.3715. If it rises above it, further growth to 1.3835 is possible, especially amid a decline in crude oil prices and general negative dynamics in the markets.

The pair is currently testing the resistance level of 145.00. If it rises above it, further growth to 146.00 is possible, especially amid a general negative dynamics in the markets and resumption of growth in the yield of US Treasuries.

1303
Can't speak right now?
Ask your question in the chat.