Forex Analysis & Reviews: Analysis of transactions for EUR/USD on September 30 for beginners 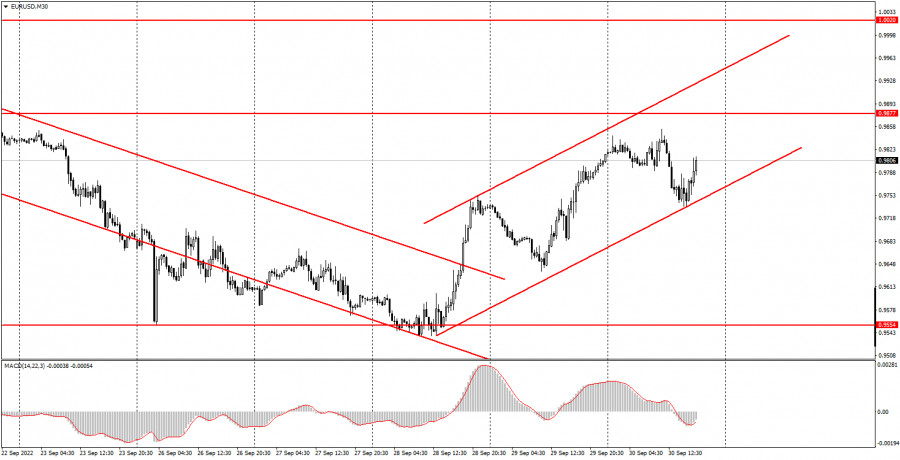 The EUR/USD currency pair traded quite actively again on Friday. In general, the euro remained in an upward trend, which now has only a few days. The trend is still clearly not pulling, but we have formed an ascending channel in order to better illustrate what is happening in the market. The key and in fact the only important macroeconomic event of the day was the release of the inflation report in the European Union. Many expected an acceleration in the consumer price index, but few expected such a strong increase. The value for September was 10%, while the previous value was 9.1% and the forecast was 9.7%. Thus, we can safely say that so far all the measures taken by the European Central Bank have not yielded any result: inflation has been growing, and growing, and even accelerating. However, this is not surprising, since two rate hikes are clearly not enough to pay it off. The market reaction to this report followed and turned out to be even quite strong - the pair went down 90 points after the release. However, the very fact that the euro fell can hardly be called logical, because the higher the inflation, the greater the chances for new and new increases in the ECB rate in an attempt to curb it. And a rate hike is a hawkish event that should support the euro. True, the market has long forgotten about it. As a result, the reaction was, but illogical. 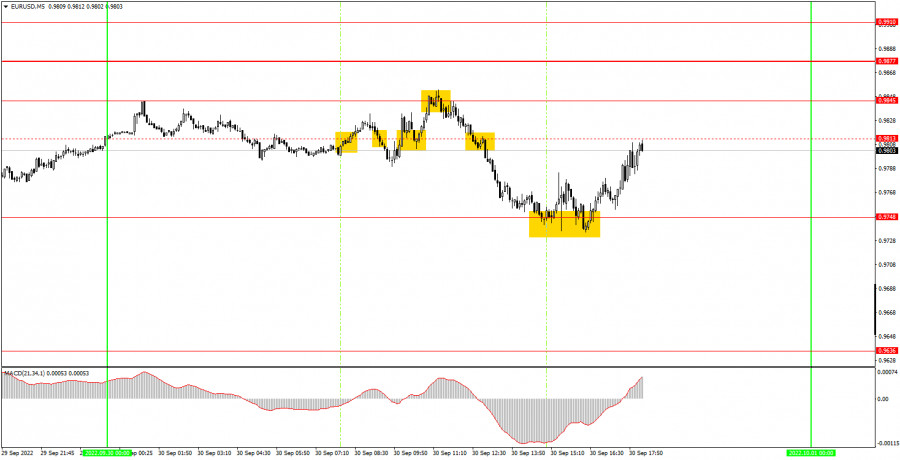 Intensive bullish price action was demonstrated around the lower limit of the current movement channel. Initial bullish target around 1.0150 was already reached. Price action around this key-level should

Further bullish continuation above 1.1765 was expected in previous articles specially after the newly-established ascending bottoms around 1.1150 and 1.1750 remain defended by the bulls. The next key-level

Early in the American session, gold is trading around 1,761.72. We can see on the 4-hour chart that it is testing strong resistance around 1,765. If XAU/USD fails to break

Is it time for the euro to hit the brakes?

The euro has honorably withstood the test of slower inflation in the currency bloc at 10% in November than Bloomberg experts had predicted. Consumer prices are likely to have passed

The EUR/USD pair crashed in the last hour and now is trading at 1.0342 at the time of writing far below the 1.0399 today high. The Dollar Index rallied, that's

Inflation in the European Union has decreased, what's next?

The most significant and fascinating report today concerned inflation in the European Union. I had more of a tendency to think that the slowdown would be negligible or nonexistent

As you can see on the H1 chart, the rate moves sideways in the short term. Now, it has developed a triangle pattern. It's trapped between 0.6747 and 0.6644 levels

2818
Can't speak right now?
Ask your question in the chat.