Pressure is being put on the Australian dollar. Today, the AUD/USD exchange rate moved closer to the 0.6650 level of support. However, buyers of AUD/USD were rescued by the sharp decline in the dollar's value overall. However, the US dollar index is declining on somewhat shaky ground, whereas Australia's problems are more obvious and widespread.

Two factors contributed to the southern AUD/USD momentum today. First, instead of reflecting the anticipated growth of 0.5%, the primary indicator of consumer spending in Australia released today unexpectedly turned out to be in negative territory. Second, AUD expresses displeasure when news from China arrives. A significant COVID outbreak occurs as lockdowns and anti-COVID demonstrations occur in the nation's largest cities. 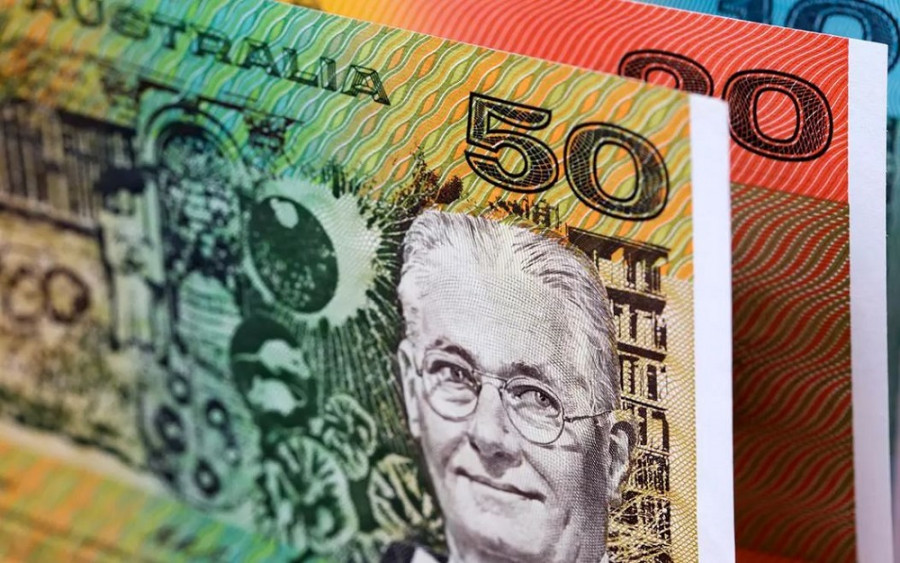 As a result, taking short positions on the pair is more important. The 0.6650 mark above serves as the first indicative target in the medium term. But I believe this target will act as a temporary price ceiling. Demand for the US dollar may rise significantly in the near future due to a rising anti-risk sentiment (especially if Friday's nonfarms do not let down dollar bulls). In this situation, the AUD/USD pair may lose several numbers before settling at the key support level of 0.6380. Ozzy was in this price range in October, not that long ago.

The report released today, which reflected the decline in Australia's retail trade, also brought attention to another issue on a larger scale. More precisely, we are not discussing a problem but rather a debate over the RBA's future course of action. The Reserve Bank of Australia reduced the rate of increase to 25 points in September, slowing the pace of tightening monetary policy. The Reserve Bank approached this decision gradually, softening the accompanying statement's language and dropping appropriate hints over the summer. The RBA is gently and gradually informing traders that rate increases may be delayed soon. For instance, the minutes from the most recent RBA meeting show that the regulator's members did not rule out both of the following scenarios at once: they could either resume raising interest rates by 50 points or they could halt the process of tightening monetary policy.

Following the event, each macroeconomic report and RBA comment is evaluated through the lens of the previously mentioned possibilities. Because of this, the market's reaction to today's retail trade volume report, which under different circumstances might have gone unnoticed, increased volatility for the AUD/USD pair. Even though today's release was relatively small, it tipped the scales in favor of the "dovish" hypothesis.

Significant pressure is also applied to the aussie by the external fundamental background. China is the main subject. According to Chinese authorities, the number of coronavirus infections rose by almost 40 thousand last day. This record-breaking dynamic was not seen during the pandemic's first year. At the same time, intense protests frequently call for Xi Jinping's resignation due to the authorities' strict quarantine measures in major cities. The 25 millionth Shanghai, regarded as China's financial capital, is at the center of the action.

The current events mirror market dynamics. Due to worries about how the Chinese government might respond to the protests, the Chinese stock exchanges and the yuan fell on Monday. The price of oil changed as well. Brent crude dropped by $2.45 (or 2.9%), or to $81.20 per barrel, today, after dropping by more than 3% at the start of the session, reaching its lowest level since January 4, amid growing worries about weakening fuel demand in China. WTI crude fell by $2.16, or 2.8%, to $74.1 per barrel in the morning. Oil earlier dropped to $73.60. Since December 22 of last year, this figure has been at its lowest.

As you may already be aware, Australia is China's largest trading partner, so this information works against the Australian. At the same time, it is reasonable to predict that the epidemiological situation in China will only worsen in the near future, with all the repercussions that come with it.

So, I think short positions continue to be preferred for the AUD/USD pair. The 0.6650 level is the first objective. Following that is the 0.6600 mark. 0.6380 is the primary southern target.