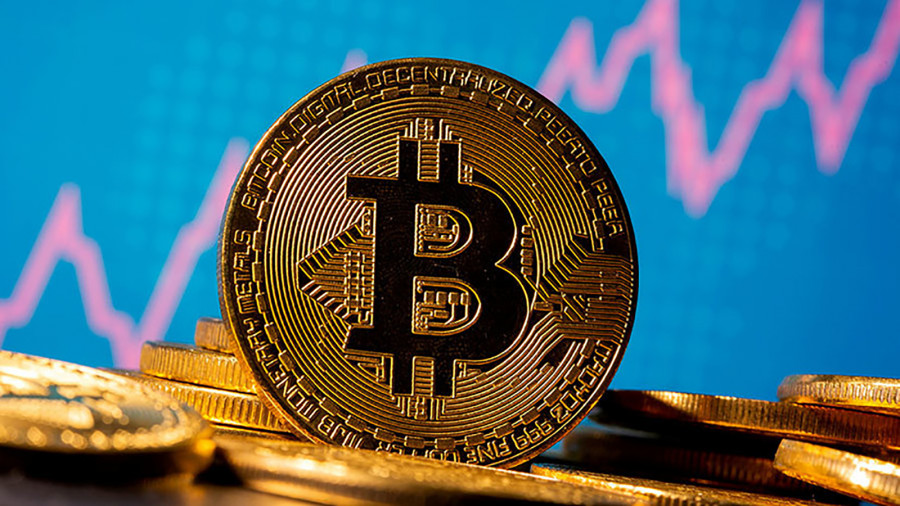 The bitcoin cryptocurrency has yet to attempt to return above the Fibonacci level of 127.2%, or $ 18,500, where it is still located. We've stated numerous times that everything is proceeding as expected. Bitcoin has no reason to increase right now. Its price is less than what mining would cost. The cryptocurrency market has already experienced several significant collapses as of 2022, and central banks are continuing to raise key rates and introduce QT programs, which result in a decline in the amount of money in circulation. Less money is available for investment if the money supply is decreasing. This is the opposite of the QE program, which increased the money supply and bitcoin. Therefore, we are still trying to understand how bitcoin could rise over the coming few months.

Perhaps a "bullish" trend will develop once the Fed and other central banks stop raising key interest rates. Risky currencies are increasing as if capitalizing on the Fed's decision first to slow the economic growth rate and then finish tightening monetary policy. Bitcoin, however, is not rising in response to the same news. This indicates that traders and investors still need to think the asset will be able to grow or begin a new upward trend in the near future. They do not believe they are attracted by anything, not even the current "very attractive" price. 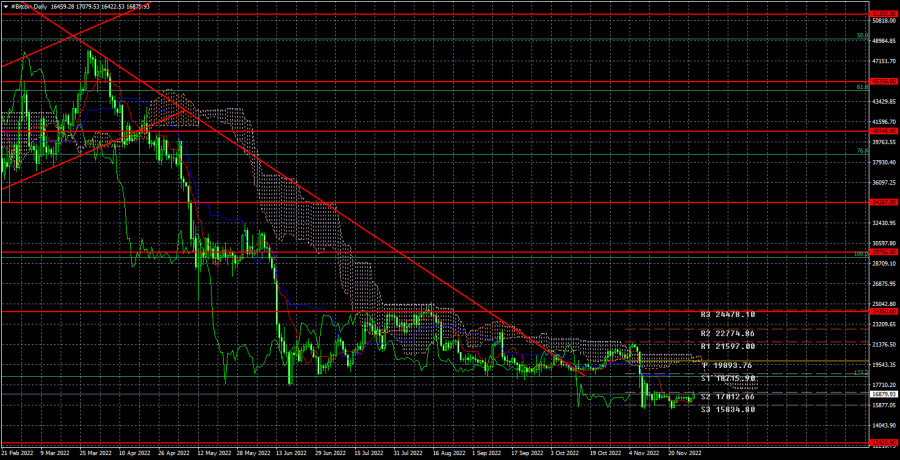 Meanwhile, many experts who do not own bitcoin themselves continue to make pessimistic predictions. For instance, Mark Mobius, the founder of Mobius Capital Partners LLP, thinks that the price of bitcoin could fall as low as $10,000 per coin in the near future. He declared that he would not invest in cryptocurrencies himself and would not do the same with client money because he thinks they are extremely risky under the current conditions. He added that he thinks that cryptocurrencies will continue. They will likely continue to exist for a very long time, but this does not imply that their value will or ought to increase continuously. Due to the possibility that the failure of FTX could lead to a string of additional bankruptcies and the creation of a "black hole" in the market, Mobius is also surprised that bitcoin has not yet fallen much below current values.

The "bitcoin" quotes over the past 24 hours have remained below $18,500. The fall may continue now that we have a target of $12,426 in mind. As we previously stated, since the price was concurrently in a side channel, crossing the downward trend line does not signify the end of the "bearish" trend. The quotes may drop further as the lower channel limit has been reached.

BTC update for February 01,.2023 - Watch for the breakout of the range

Technical analysis: BTC/USD has been trading sideways at the price of $23.000, I see potential for the breakout play in the next period. Trading recommendation: Due to the strong upside

Technical Analysis of ETH/USD for February 1, 2023

Crypto Industry News: Even though non-fungible tokens had an unfavorable year in 2022, the trend may reverse with the news that the NFT-funded film Calladita won an award