Forex Analysis & Reviews: GBP/USD. December 6. Pound drops below 1.2238 and may continue to fall 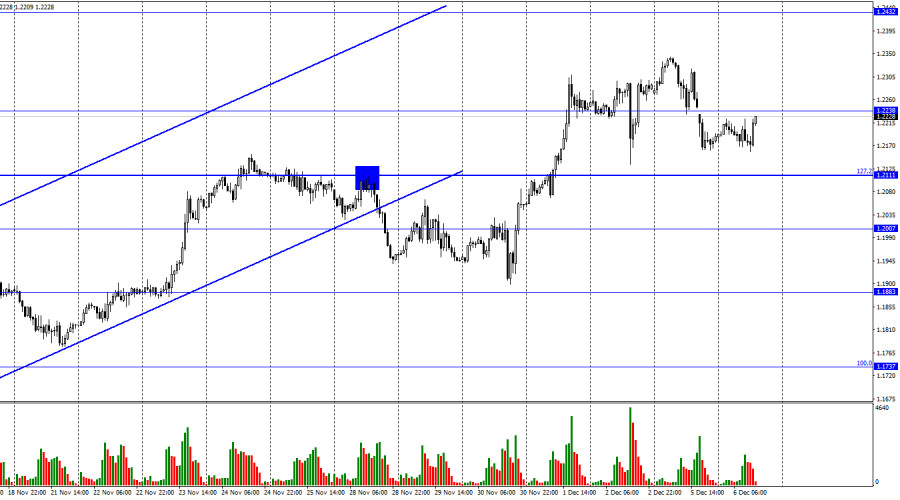 Yesterday, the Services PMI was released in the UK. It remained unchanged at 48.8 in November. At the same time, it has nothing to do with the British pound's decline in the morning today. In the afternoon, the ISM Services PMI was released in the US. The strong data helped the US currency to continue its intraday surge. Today, the UK and US economic calendars have nothing to offer. We have only a few reports to be released until the end of the week and they are unlikely to affect the GBP/USD pair's quote.

Traders are slowly starting to prepare for the Bank of England and Fed meetings, which will take place this month. However, if the US dollar has been falling in recent weeks because the Fed is likely to start slowing down the pace of interest rate hikes, this factor has already been priced in the quotes. By the way, the Bank of England may also slow down the rate of monetary policy tightening to 0.50% a month. The US currency has no other drivers leading to a decline. Considering its fall in recent weeks, it should rise in the next few weeks. As for now, its growth is limited by the level of 1.1800, where the bottom line of the ascending trading channel on the 4-hour chart is located. The US dollar will be able to count on stronger growth only in case the quotes fix below this channel. 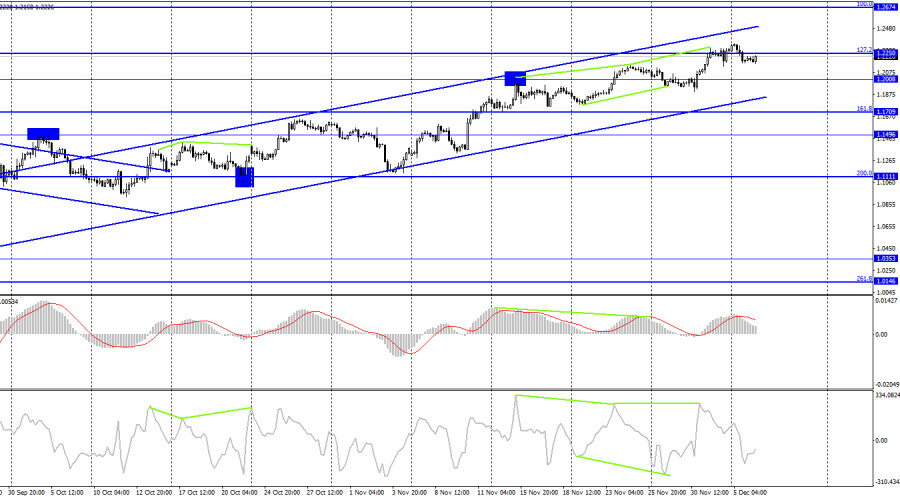 On the 4-hour chart, the pair has consolidated below the correctional level of 127.2% - 1.2250, which allows traders to expect the continuation of the fall toward the level of 1.2008. The ascending trading channel confirms bullish sentiment in the market. The UK currency is unlikely to drop as long as the pair is trading above the channel. 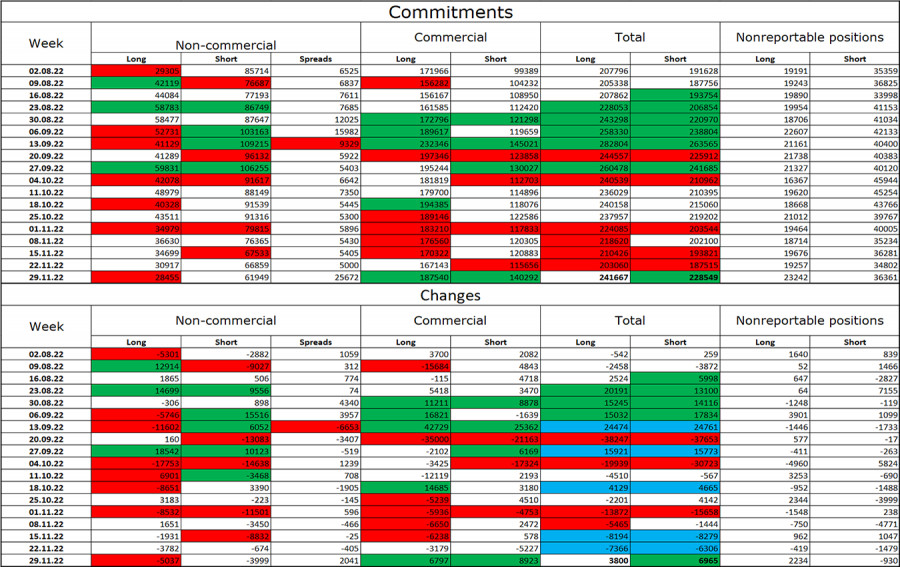 Last week, the sentiment of non-commercial traders became less bearish. The number of speculators' long positions decreased by 5,037, and the number of shorts dropped by 3,999. However, the sentiment of the big players remains bearish, and the number of their short positions is still very much higher than the number of longs. Thus, big traders continue to sell the British pound for the most part. Their sentiment has been gradually changing to bullish in recent months. However, this process may take a lot of time. It has been going on for months, and the number of sales is still twice as high. The British currency might continue to rise. The graphical analysis and the trading channel on the 4-hour chart confirm it. As for the information background, everything looks ambiguous. The US dollar may also receive support from any factor. Nevertheless, we are now seeing the growth that we have been waiting for for many months. At the same time, the COT report can hardly explain why it is happening.

The US and UK economic calendars:

The US and UK economic events calendars do not have important reports on Tuesday. There will be no influence of the information background on the market today.

You may sell GBP with the targets at 1.2111 and 1.2007 if the price closes below 1.2238 on the hourly chart. These trades can be held open. In addition, it is better to refrain from buying GBP now, as a decline is highly likely to occur.

973
Can't speak right now?
Ask your question in the chat.