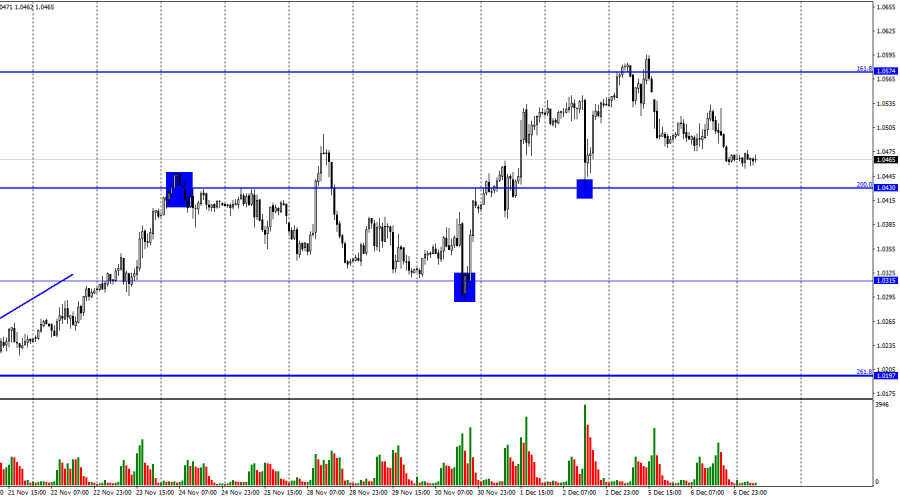 Yesterday, the economic calendar was almost empty. The fall of the pair looked quite logical, as corrections should happen from time to time. Today, the European Union released its final GDP report for the third quarter, which showed a growth of 0.3% q/q, exceeding the expected 0.2%. The EU currency resumed growing, as it was supported by the information background. As a rule, traders do not always react to the GDP reports but now their sentiment is bullish, so they take every chance to buy the euro. Why is the bullish sentiment so strong and persistent? It is rather difficult to say as there are no robust reasons for the pair to rise further. Nevertheless, the market sees them, so the growth is likely to continue.

This week, there are very few events in the countries we are interested in, so there is no support for the US dollar. As for the GDP report, inflation, and expectations of future rate changes, it seems that traders have had enough of these data. It is impossible to explain the growth of the European currency in recent weeks. The Fed will start to slow the pace of rate hikes in December but the ECB may follow suit. There is also a chance that the European regulator may start to slow rate hikes down at its next meeting as early as 2023. Anyway, the current rise in the euro has no solid grounds. 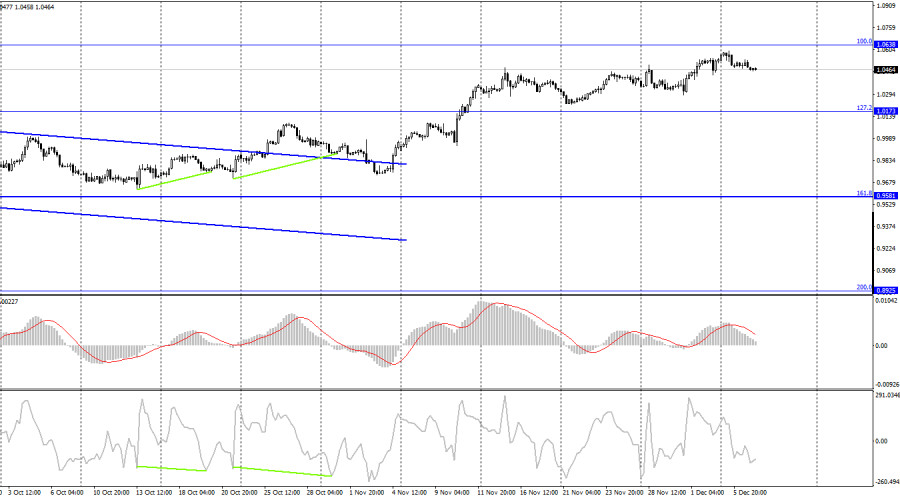 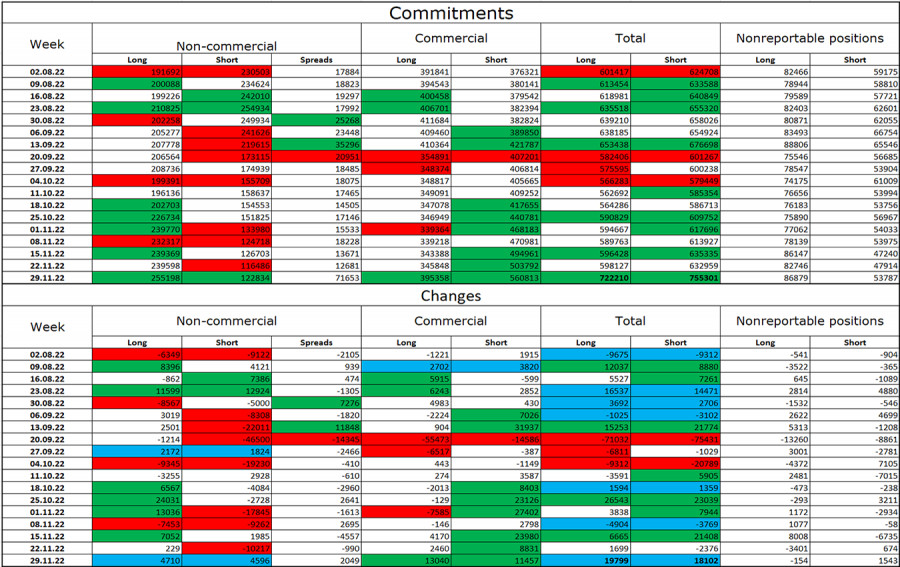 The new COT report came out just in time. Last reporting week, speculators opened only 4,710 long positions and 4,596 short ones. That is almost the same amount. The sentiment of large traders remains bullish. The total number of long positions held by speculators is now 255,000, whereas short contracts stand at 122,000. The European currency is growing at the moment, which corresponds to the COT reports. At the same time, the number of longs is twice as high as the number of shorts. In the last few weeks, the euro has been rising steadily. However, isn't it too much? The situation continues to become more favorable for the euro after a long downtrend, so its prospects remain positive. On the 4-hour chart, the descending trading channel has been broken through, so we can continue to see the euro rising. However, this is more of a long-term outlook.

The US and the EU economic calendar:

On December 7, the European Union has already released its only report of the day, there are no more important events today. In addition, there will be no influence of the information background on the market for the rest of the day.

EUR/USD forecast and recommendations for traders:

1543
Can't speak right now?
Ask your question in the chat.