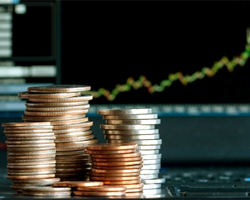 A report released by the Commerce Department on Thursday showed the U.S. trade deficit widened by slightly more than anticipated in the month of April.

The Commerce Department said the trade deficit widened to $49.4 billion in April from a revised $42.3 billion in March.

Economists had expected the trade deficit to widen to $49.0 billion from the $44.4 billion originally reported for the previous month.