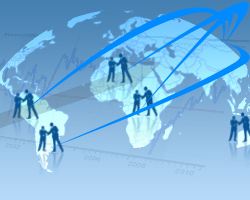 France's private sector continued to expand at a stronger pace in May despite slower expansions in both the manufacturing and services sectors, survey data from S&P Global showed on Tuesday.

The flash composite output index, which combines manufacturing and services, dropped to a two-month low of 57.1 in May from 57.6 in April, which was the highest in 51 months. The index was forecast to fall to 57.0.

A reading above 50 indicates expansion in the sector. The private sector expanded for the fourteenth month in a row.

The rise in overall private sector activity was largely driven by services firms as manufacturing production grew at a sluggish pace.

The lifting of pandemic-related restrictions helped the service providers to create higher business output in May, while weak demand amid higher prices weighed on manufacturing.

The manufacturing PMI dropped to a seven-month low of 54.5 in May from 55.7 in the previous month.

The manufacturing output index of the survey eased to a two-month low of 51.4 from 51.8.

The French private sector employment increased at the sharpest pace in over two decades and supplier delays across the manufacturing sector were at their lowest for nearly a year-and-a-half.

Meanwhile, both input and output price inflation accelerated to new record highs in May, linked to shortages of components, the war in Ukraine, as well as rising transport and fuel costs.

Business optimism eased slightly since April with services firms much more bullish on their prospects than their manufacturing counterparts. Raw material availability and inflation highlighted by the latter as key risks to the outlook.

There was further evidence of a "two-speed economy" emerging within France as a resilient service sector continues to mask sluggishness across the manufacturing industry, the economist noted.

"Whether strong hiring trends can be sustained amid rising cost pressures and any further softening in the demand side of the economy remains to be seen," Hayes added.