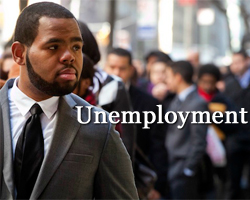 Confidence among Norwegian consumers weakened in the second quarter to reach its lowest level in more than two decades, results of a survey by Finance Norway showed on Tuesday.

The seasonally adjusted consumer confidence dropped markedly to -11.7 in the second quarter from 0.7 in the preceding quarter.

This was the largest quarterly decline since 1998, when the Norwegian interest rate was raised sharply amid the Asian crisis.

The survey was carried out in collaboration with Kantar Public from May 5 to 11.

"At the same time as Norway is in a boom and unemployment is at its lowest level since the financial crisis, Norwegian households' expectations of economic development are plummeting going forward," CEO of Finans Norge Idar Kreutzer said.

Consumers' expectations regarding their own financial situation over the next twelve months worsened sharply in the second quarter, with the index falling to -1.9 from 14.0 in the previous three-month period. Moreover, such low confidence had not been seen since 1992.

Households' expectations on the country's general economic situation for the next one year also plummeted to -28.2 from 30.3.

The unadjusted indicator came in at -18.1 in the second quarter versus 2.7 in the previous quarter.