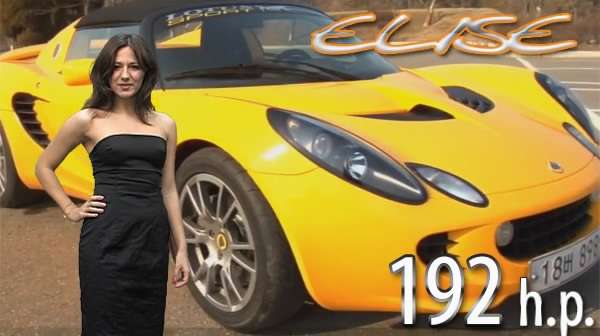 InstaForex has a lot of reasons to be contented. In addition to services of highest rank, there is also granting the prizewinners of the campaign with VIP-class autos – Lotus Elise and Evora.

Which of these cars is the best one?

Both offsprings of Lotus concern are maximally lighted fast-speed cars. Meantime, Elise can be called extreme and ultramobile model in distinct from solid and spacious Evora.

Elise roadster found in early 1994 was named after the granddaughter of the company’s President Romano Artioli. Brand-new race car on a new platform was put on the market in October 1995 and completely caught the fancy. Two seats, extruded aluminum chassis, plastic panels body, Spartan strictness of the saloon – all this keeps to a minimum the weight and the prime cost. The speed-hunter accelerates up to 240 km/h, and double wishbones provide a perfect ease of steering. If you wish to feel the spirit of racing in a real sports car, this brand is your destiny.

The platform of Lotus Evora bolide was worked out special for this model which was brought to public in the international car showroom in July 2008. The coupe of refined Evora is meant for demanding consumer. The front panel is decorated by aluminum moulding, all interior details are leathered. Along the passenger compartment a soft-white highlighting is inserted. Evora’s feature is the back seat existence which is not peculiar to a racing car, and in the actual fact the automobile suits for everyday drives. But if you look under hood you will understand – this vehicle is meant to be a sportcar.

At the break of summer 2011 Lotus Elise was presented to the lucky leader of the "Win Lotus from InstaForex" campaign. Soon after, in summer 2012, the owner of a Lotus Evora was determined: the keys to the car were handed over to the winner of the «Fast Ride from the Best Broker» campaign. The next Lotus Evora draw titled «Sports Lotus ― Your Trading Bonus» was finished on summer 2014.