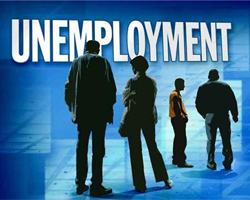 For the second consecutive week, the Labor Department released a report on Thursday showing an unexpected increase in first-time claims for U.S. unemployment benefits.

The modest increase came as a surprise to economists, who had expected initial jobless claims to edge down to 245,000.

The unexpected increase lifted jobless claims to their highest level since hitting 269,000 in the week ended September 23, 2017.

Meanwhile, the report said continuing claims, a reading on the number of people receiving ongoing unemployment assistance, fell by 35,000 to 1.867 million in the week ended December 30th.

With the decrease, continuing claims dropped to their lowest level since hitting 1.805 million in December of 1973.

The report said non-farm payroll employment climbed by 148,000 jobs in December after spiking by an upwardly revised 252,000 jobs in November.

Economists had expected employment to increase by 190,000 jobs compared to the addition of 228,000 jobs originally reported for the previous month.

Meanwhile, the Labor Department said the unemployment rate came in at 4.1 percent in December, unchanged from the two previous months and in line with economist estimates.